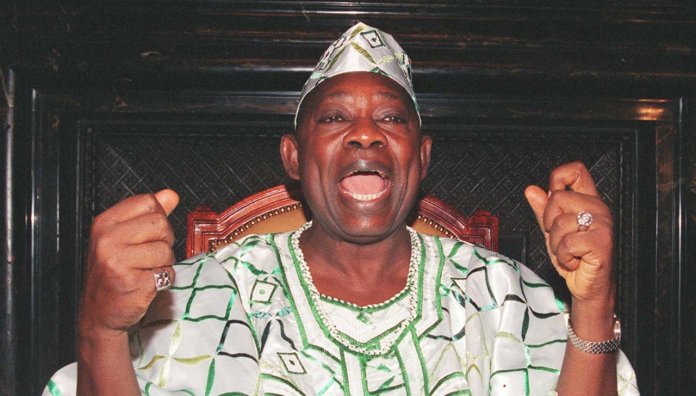 I have read the divergent opinions or views variously expressed on different social media platforms by a law lecturer at the Obafemi Awolowo University (OAU), Mr. Musbau Alamu Lateef and Mr. Ikeazor Akaraiwe, a former 1st Vice President of the Nigerian Bar Association, in contradistinction to the views expressed by a former Chief Justice of Nigeria, Alfa Belgore, on the proposed posthumous conferment of the honours of GCFR and GCON by His Excellency, President Mohammadu Buhari, GCFR on the late Chief MKO Abiola and Chief Gani Fawehinmi, SAN respectively. The eminent jurist had expressed the view that what Mr. President proposes to do on 12.06.18 is outside the precinct of the National Honours Act. However, in a sharp response to the position taken by His Lordship, the duo contended that the action of Mr. President can be situated within the relevant provisions of the Act which they generously referenced in their submissions.

With the greatest respect to my colleagues, I am unable to discern from their respective submissions any valid or superior argument to counter or dislodge the profound argument of the eminent jurist. Indeed and as I shall demonstrate anon, the portion of the law, id est, article 3(3) which my colleagues ‘ported’ and tenaciously relied on supports the argument that only the living can receive or be given the award.

My first port of call is the provision of article 3(2) of the Honours Warrant, which, I submit, pulls no punches. It says what it means and means what it says. It is clear. It is unambiguous as it is indubitable. It provides that a person can only be appointed to any rank of Order only and only when he receives in person from the President the necessary insignia. Thus, to the extent that the requirement of “physical presence” is introduced in the law and or Warrant made pursuant thereto by the lawmakers, it is certainly not within the express provision or contemplation of the law that a posthumous award shall be awarded. To do otherwise is to do violence or damage to the letters, spirit and intendment of the law! The Latin maxim “expressio unius est exclusio alterius”, meaning, the express mention of one thing is the implied exclusion of others is apt here.

I note the reference to and reliance on the provision of article 3(3) of the Honours Warrant by Messrs. Lateef and Akaraiwe, to justify the action of Mr. President. With the greatest respect, a reliance on that provision is unhelpful. For ease of argument, I set down that said provision hereunder:

“If in the case of any person it appears to the President expedient to dispense with the requirement of paragraph (2) of this article, he may direct that that person shall be appointed to the rank in question in such manner as may be specified in the direction.

As can be seen in the afore-quoted, the operative word which appears on more than one occasion is “person” which denotes a being with a certain capacities or attributes including but not limited to reason, morality, consciousness or self-consciousness. The most authoritative law lexicon, the BLACKS’ Law Dictionary, 7th ed. at page 1162 meaningfully defines “Person” inter alia thus:

See also the erudite opinion of John Salmond at page 318 of the treatise ‘Jurisprudence’ by Glanville L. Williams where the learned writer opined as follows:

“So far as legal theory is concerned, a person is any being whom the law regards as capable of rights and duties. Any being that is so capable is a person, whether a human being or not, and no being that is not so capable is a person, even though he be a man. Persons are the substances of which rights and duties are the attributes. It is only in this respect that persons possess juridical significance, and this is the exclusive point of view from which personality receives legal recognition.

ALSO READ   Old Habits Die Hard: Repetitive Use of the Word “That” in Affidavits, No Longer Fashionable Olumide Babalola

Happily and significantly, the word “person” has fallen for consideration and or interpretation in a plethora of cases decided by our courts. For example, while interpreting the word “person” as employed in section 36(1) of the Constitution, the Court of Appeal in C.S.C Imo State vs. Anuforom (2007) All FWLR (Pt. 390) 1551 at 1556 at 1566 stated with admirable clarity thus:

In Nkpornwi vs. Ejire (2009) All FWLR (Pt. 499) 450 at 481, the Court of Appeal, citing with approval the definition of “Person” in the Oxford Advanced Learner’s Dictionary, Fifth Edition, has this to say:

“…The word “Person” as a noun, literally means a human being as an individual….”

Taking asylum under the afore-quoted dicta of the courts and other authorities referenced above, it is beyond any argument that whenever the word “Person” is used or employed by the legislature in a Statute, it is a reference to a human being or an entity such as a corporation that is recognized by law as having the rights and duties of a human being. See generally the Supreme Court decision in APC vs. INEC (2015) 8 NWLR (Pt. 1462) 531.

The point I have labored to make is that the National Honours Act, cap N43 LFN, 2004 clearly and indubitably circumscribed the award of the ranks recognized therein only on the living. It is unconscionable for anyone to import into the Act that which is not contained or contemplated therein. This appears to me to be what my colleagues have done in this case. For me, I know not of any cannon of interpretation that can be deployed so as to make for the word “Person” as used in the article 3(3) of the Honours Warrant to mean, to contemplate or accommodate a deceased. I challenge my colleagues to point to any single authority of our courts or of courts of other jurisdictions where the word has been so interpreted in relation to any existing statute.

From all that I have canvassed supra, I feel no hesitation in aligning myself with the position of the learned jurist, Alfa Belgore that it is not a permissible practice to confer any posthumous award of the ranks listed in article 1(2) of the Honours Warrant on a deceased. To argue to the contrary is to stand the law on its head.

Wrong is more wrong when we do the right thing the wrong way.

The CAC and the Ease of Doing Business