Home Opinions Poverty of the Mind: The Learned Minds Under Scrutiny – Awopeju Kazeem 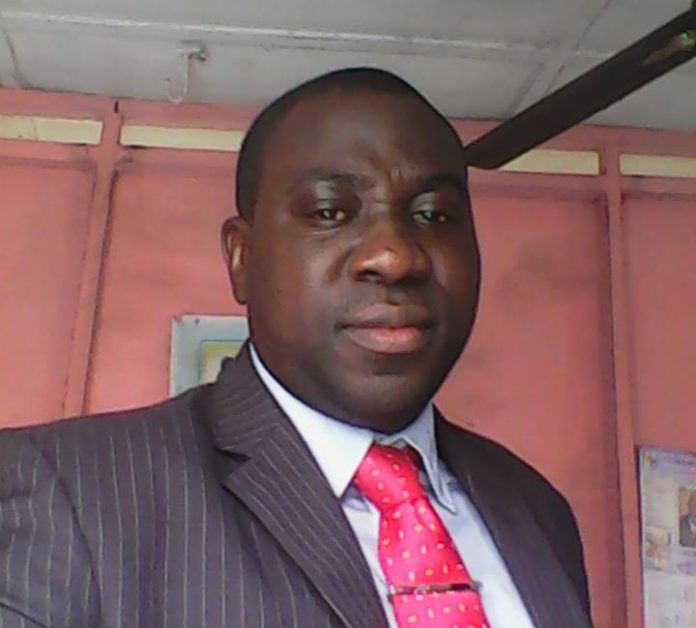 I remember with dystopia an incident that occurred during one of those campus politics and politicking. I will be economical with the details but not with the fact, or let’s say I will be circumspect in giving the full accounts,  because I have no intention to disparage anybody.

There was this young man whose legitimate ambition to occupy the number one seat at the Faculty political echelons appeared  tainted by his own illegitimate actions and inactions.  And the more some of us questioned the proprietary or otherwise of his ambition in the light of the weighty allegations trailing same, the more some persons felt the need to sweep the said allegations under the carpet.

In any case, that was normal after all. It was just a moral burden, and if he could bear it, one should let him stew in his own juice.

However, beyond the political expediency of feasting on the allegation for political gains, some of us who felt potentially indicted by the prospect of having a president with such scandal protruded on his neck like goitre, went to town with it with the intent to avert the unhealthy mess staring us at the face(s).  In the long run, we failed and the reason was not far fetched. There were some students whose by virtue of their social economic status, not necessarily, by any virtue, can mandate, order and command their cronies and leeches  to vote for their anointed candidate. That is the nature of the game in our own ecosystem.

Curiously, no matter how distant you are from the crowd of crumb-eaters, you are not totally disinfected from the malady. One way or the other, you are still susceptible, if not vulnerable. A friend with whom I had thought all along that we were on the same wavelengths, rang me out of the blue and bellowed, “ID, that guy, (referring to the present scandal – laden presidential candidate) has promised to buy beer for us. Let’s forgive him and stop talking about the allegation.” There and then, it dawned on me that the Biblical allegory of porridge for birthright was apt and the moral lessons worth retelling.

The above true life account, which I believe is not peculiar to that school,  well captured the  abominable abnormality that has become a normal trend among those from whom we expect a high ethical standard.

Sometimes in 2012 at a forum, some learned activist lamented why it was unthinkable for him to nurse the idea of NBA presidency. He told us point blank extempore that the ambition requires one to break the bank. And you will wonder why. Our analytical and critical mind is plagued with poverty of the mind to the extent that we are willing tools in the hands of over desperate NBA politician to sacrifice nobility on the alter of criminality.

Then, what moral rectitude have we to lacerate the  hardworking members of the NURTW for the hooliganism that often  hallmark their elections.

It flows therefore, by implications, that we are worse off.

Story was told of how a business mogul in Nigeria, in a not-too-distant past gave his private jet to one of the Presidential candidates for the purpose of the election. Haba!!! Obviously, the race or quest is no longer about the members of wig and gown constituency or the general populace  but about certain privileged few who have vested interest in the affairs of the state. It is inconsolably sad to say the least that NBA can be reduced to agents of the moneybags.

With this fledgling criminal instincts deploying at every NBA election, it would be practically impossible to witness, at least,  a resemblance, not necessarily, the exact reincarnation of the Aka Basorun’s era. The era, I must admit, I didn’t witness it, but I bear witness to it having read about it.

Arguably, Aketi’s led regime, to all intent and purposes, gave the State some serious pressures. And that’s what a body of lawyers should be a Pressure Group.  You can be excused as an undergrad if you are bereft of ideological convictions and barren of a clear-cut articulated principles, which as it were, informed your incoherent political decisions. But having been deemed fit and proper, it does not matter whether you are a day old at the bar, the presupposition is that you have outgrown and overgrown some mundane considerations. So, for me, I consider you a misfit to trade your honour,pride and conscience just for the paltry practising fee, and in return vote for the slave or pay master.

Tomorrow, as if you were walking with a dead conscience,  you will be among the people to complain about bad governance in Nigeria, when, apparently, your actions as a professional are counterproductive to the enthronement of fairness, equity, and justice.

It is not too late for you to desist and have a rethink on your infamous perfidy. Once you are inflicted with poverty of the mind, you are not going to command genuine respect and admiration. It does not matter the size of your car.  Idea rules the world thus  a wealthy man  in idea should be preferred to those peddling bad influences.

Awopeju Idowu Kazeem Esq is a Legal Practitioner based in Lagos, Nigeria

Understanding the Licensing and Regulatory Framework for Payment Systems and Cryptocurrency...