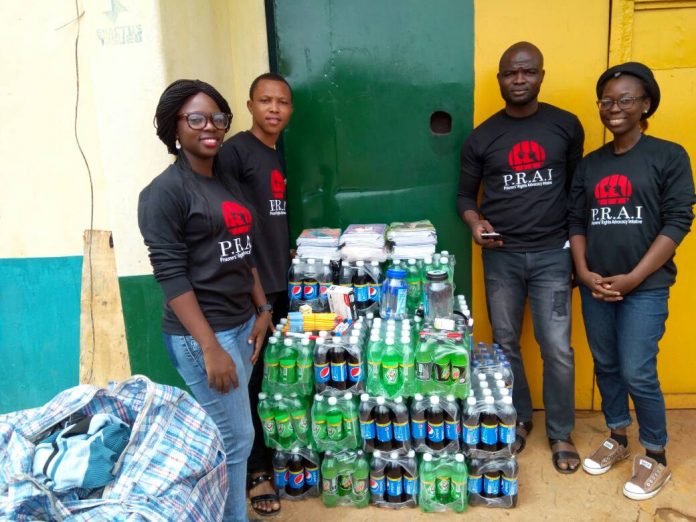 The Prisoner’s Right Advocacy Initiative (PRAI) on Saturday, February 24, 2018 lunched a school for the inmates of the Ijebu Ode Prison in Ogun State.

Prisoners’ Rights Advocacy Initiative (PRAI) as part of her Programme launched the first school at Ijebu-Ode prison, Ogun State in collaboration with the Nigerian Prison Service, Ijebu-Ode. The epoch-making event is part of the organization’s schemes, namely “Represent an Inmate”, “Educate an Inmate” and “Empower an Inmate”.

At about 1:30 pm, the programme that had in attendance the Assistant Comptroller of Prisons (ACP) Mr. Seyi Ogunleye, Welfare Officer, Mr. Ismail Oyebode, Other Staff, the Director of PRAI, volunteers, and 120 inmates commenced at 12.38pm with prayer from the Prison’s Chaplin, Alhaji Enilari

Delivering the opening remarks on behalf of the Deputy Comptroller of Prisons, (ACP) Ogunseye urged the inmates to take the new school religiously so that their horizon and perspectives to issues will be widened. “It will help you appreciate God and humanity better. In fact, it may help you learn the spirit of forgiveness to start a new life and forget whatever has brought you here instead of wasting so much time roaming about the prison’s yard. So that when you get out there it will not be difficult to start all over again for those that are not condemned”.

The Director of PRAI, Mr. Ahmed Adetola-Kazeem giving his address gave an insight to how he conceived the idea and how far the organisation has gone in protecting the rights of prisoners in Nigeria. He said, “the idea of PRAI was visualised here, in this prison sometime in 2005 when I was a Law student at the Olabisi Onabanjo University, Ago-Iwoye. We came as members of Nigeria Association of Muslim Law Students (NAMLAS)on visitation to this prison. Right here on that day, I promised to come back to protect and improve the quality of life of the inmates. During my service year in Abia State, we started small, freed some inmates and was eventually recognised as the best Corp member for that year in Abia State”.

“We registered the Prisoners’ Rights Advocacy Initiative in 2012. With the organization, we have represented and freed hundreds of inmates in court pro bono and have organized programmes to empower many so that they will not return here. Because some of those whose release we secured were back in prison. So, how do we stop this trend? That is why we are here today to educate and empower you. We have designed a GCE (General Certificate in Examination) class and an adult literacy class so that some of you can turn to be like our facilitator; Mr. Oladipupo Folahanmi Moshood popularly known as Olowo who was condemned to death but while in the prison for 26 years, he eraned his first and second degrees and commenced his Ph.D. Not only that, he graduated as the overall best student in all the special centres during his Masters’ Convocation in 2016” he added.

An elated ‘Olowo’ Mr. Oladipupo Folahanmi Moshood mounted the podium with an unparalleled ecstasy and praises from the inmates echoing ‘I love prison and I am proud of it!’ He began his lectures on sober reflection of how he entered the prison empty handed and left fully loaded.

“I came to the prison in March 1992 and left on 16th of January, 2018 after ‘26 good years’. It is good because of my achievements. When I came in, I never knew I was going to achieve anything. I entered in 1992 and was condemned to death in 1996. I love to come back not as a criminal but as a moulder, a developer and an epitome of change”. He said.

Narrating how he achieved the uncommon fit, he explained thus, “We started a class with 8 of us and we dedicated to exchanging knowledge but eventually, four of us could not make it. I took my GCE without a teacher and at present, I have produced 144 (One hundred and forty-four) inmates with GCE results in Kirikiri Maximum prisons. Today, 44 (forty-four) of them are enrolled in the National Open University for different degree programmes. I was the one that brought GCE centre to Kirikiri Maximum Prison. They wanted to stop us because there is one at Ikoyi prison but we stopped at nothing with our letters. And soon, we will have one at Ijebu Ode prison.”

“No, I am not encouraging you to remain here. Far from it. But, while you are here, you can start with something which you may later conclude when you secure your release. While in prisons, I wrote three books. The inspiration in the prisons can be exceptional” he enthused.

Concluding, Mr. Oladipupo emphasised the beauty of education saying “you can become one of the greatest if you have education. If you must catch the monkey, you must be armed with at least banana, education is that banana to relate with the society. With education, I feel honoured. I am glad to say that I graduated with former President Olusegun Obasanjo amongst the 12, 154 (Twelve Thousand One Hundred and fifty-four) graduands. When I was called to the podium for my award, I felt honoured and was counted as an achiever in Nigeria. Here, we will start with the periphery of education and I am sure the impact will be enormous.”

He encouraged the inmates to build themselves while in the prison and go to school, that by doing that they would better themselves and could still make an impact just as he is doing now. He said now he loves to go to prisons to use his story to remould and rebuild prisoners.

Gifts including packs of notebooks, pencils, biro, white marker board, and other educational materials were donated to kick start the schooling immediately were presented to the prisons authority. Some clothes were donated to encourage the inmates to come to classes looking good.  The Director of PRAI also informed the gathering that desks and chairs will be presented to the school within the cause of the week.

PRAI volunteer teachers who are majorly law students of Olabisi Onabanjo University, Ago-Iwoye were inaugurated by the Director of PRAI to commence classes immediately with Sixty-three (63) new students (inmates) along with the ten(10) pioneer students.

Closing, Mr Oluwaseun Basorun, the Ogun State Coordinator of PRAI promised to monitor the classes closely to ensure that the inmates get quality education at no cost. All the 480 inmates of the prison were given sancks and drinks after which we departed. 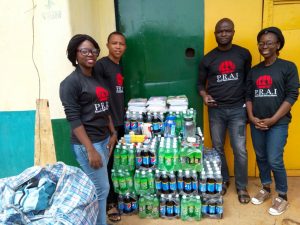 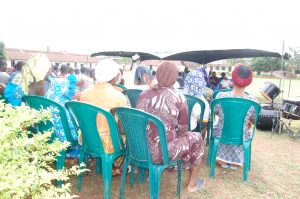 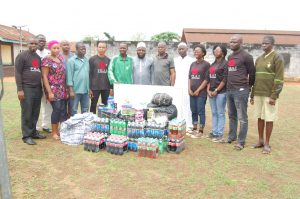 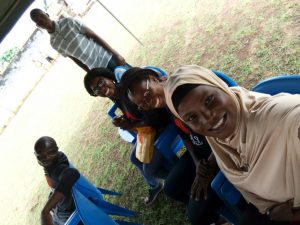