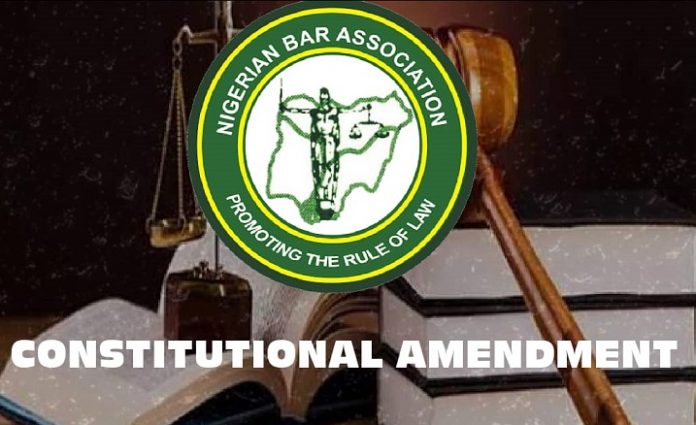 On the 31st of July 2018, the General Secretary of the Nigerian Bar Association (NBA) Mr. Isiaka Olagunju issued a notice to members on the adoption of the proposed amendment to the 2015 NBA constitution.

According to the notice, hearing of the motion for the adoption of the proposed amendment would hold on Thursday, August 30, 2018 during the 58th Annual General Meeting.

Nigerian Lawyers should be curious to know the content of the proposed amendment and the possible implication this portends.

Below is a copy of the proposed amendment to the constitution with the rationale for its amendment for proper guidance during the hearing of the said motion: