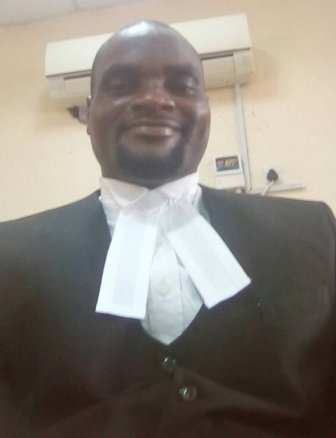 Considering the level of ignominy and the spate of attacks on Legal Practitioners by some unscrupulous policemen lately, one is forced to take precautionary measures to deal with each case as it comes and that’s why I have taken time to share this. We really need to understand the people we’re dealing with.

First, I’ll give you a practical example.

My client received an “invitation” from the SCID, Panti, Lagos to report on a Friday. He got the invitation on Thursday and was expected the following day. It was obvious to me that this was a wrong signal. Fridays and police stations, bad business for lawyers and their clients.

Somehow, I contacted the station to inform them of my client’s “unavoidable inability” to honour the invitation on that day but rather suggested the following week’s Tuesday. It was a carefully written “apology” so it was taken well at the station. So, my client escaped the trap.

Tuesday fell on a public holiday, so we went on Wednesday. As expected you are not allowed to go in with your phone for so many” reasons”. So, I had to go in with my client cut off from the rest of the normal world.

As soon as we got to the O/C ”s office, the mood suddenly changed at the site of me and my client. Nigerian policemen do not like their “victims” coming to the station with a “lawyer”. They will be like “this one go carry lawyer come”, as if that is a special kind of offence on its own.

I should say that the “invitation” given to my client did not disclose the substance of any allegation; it merely stated that it was a fact finding invitation. So we were both anxious.

Trust yours truly, immediately after showing my client the petition which was written against him by an embittered client, the query began and the process they insisted, right in my presence that my client must “write statement” and they didn’t even bother reading his options to him. It didn’t end there. They also demanded that I should leave their office and wait outside.

Now we all agree as lawyers that they had gone too far. That’s the moment that I should push for my client’s rights, right? Well, for me, it wasn’t. They were actually doing us a silent favour, so, I quietly left and I was offered a bench opposite the office, and when it started to rain I was shown the way to the canteen, not a reception or waiting room.

About an hour later, my client came to meet me there. To cut the long story short they got what they thought would help them but I knew better.

It was wrong to ask my client to write any statement without first asking him if he would like to reduce his statement into writing. After all, when a police officer, usually the IPO, is called to testify in court, he would say that the Defendant/accused Person “volunteered” the statement. So, how is my client’s statement voluntary?

It was also wrong to ask his Counsel to exit the office. However, if I had insisted that my client would not write the statement or that I would not leave the office as demanded that could have led to a rowdy and physical episode. Anything could have happened to me or my client. Help for us may be hours or days away, most especially that our phones had been temporarily confiscated.

We need to understand the mindset of an average Nigerian policeman. His training is poor. Orientation is appalling, especially the way he carries himself around that archaic riffle. God forbids an accidental discharge.

Plus, there are other factors which determine the intensity of his professionalism and discipline; money or the promise of same being a top priority for him.

So, when next you approach that police station or that policeman to represent your client to insist on a right be sure to take the above into consideration.