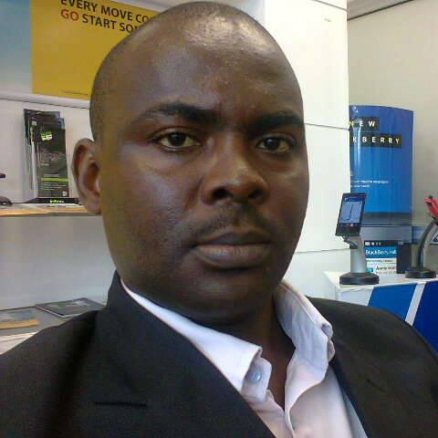 The Nigerian Bar Association (NBA) Lagos branch through its Human Right Committee deserves commendation for their swift response in the case involving a learned colleague who was randomly arrested by men of the Nigerian Police Force on some charges of receiving proceeds of a fraud in Imo State.

Read the story below:

His name is Azubike Chidiebere. On September 19, at about 6:17pm he called for help with the following:

Urgent Assistance please.
I am a lawyer of 10 years standing, my bank account with Diamond bank was blocked today I went in the morning to unblock it i was arrested they told me that i received from proceeds of a fraud in imo state.
Actually I don’t have any business in Imo state SAVE a payment from a tenant in the house I’m managing for my client.
I explained to the DPO who happens to be a lawyer that i don’t have any hand in fraud yet he is insisting on keeping me in custody.I am very sure I don’t have hand in any wrong conduct as a lawyer.
The name of police station is LION BUILDING MARINA Lagos any lawyer around should do well to assist .I know victory will be mine because I must file a suit thereafter.

He subsequently begged anyone who knew the contact of the Chairman of the Nigerian Bar Association (NBA) Lagos branch to reach out to him.

While some of the comments from learned colleagues were empathic, others condemned him for bringing such private and serious issue to social media. They advised him to rather contact friends and family members. a certain comment by a colleague was particularly interesting. Here is what he wrote:

The poster should know when to call for help. As a lawyer you can’t be helpless. Relation, colleagues and even friends within the police can do the needful considering that the offence is bailable. Also the DPO is a professional colleague to which professional ethics ought to prevail. Haba, you can’t be a lawyer and use this medium to seek public help when your relations nearby can solve your problem. Meeen act as a lawyer pls.

Long story short at about 10.pm on 20th September, Mr. Azubike came back with testimony and full of appreciation to the NBA Lagos branch Executives for their prompt response. Below is what he wrote:

I commend the NBA Lagos branch Executive members for the prompt response, the physical presence of Bar Mrs Ikpeama gave me a sense of belonging.
My personal and learned friend Bar Nwaolisa Cletus , my classmate Bar Ejiofor Jude Chukwudi and others have been of assistance till now . All the learned colleagues who contributed positively I thank you all .NBA is really for we all (members of the Bar.)
The matter is still on, I will keep you posted as things unfold.

Clear from the picture of the embattled colleague and the Chairman of the NBA Lagos Human Right Committee Mrs. Ikpeama taken in front of the Lion Building where he was held, Lagos Branch secured the release of Mr. Azubike and he sees the reason to be identified with NBA.

We at DNL Legal and Style commend Mrs. Ikpeama and her Team at the Human Right Committee of the NBA Lagos and the entire executives of the Branch.

We are optimistic that better days are indeed ahead.

PS: You can catch up on all the discussions on the above case in the Facebook Group: Lawyers in Nigeria