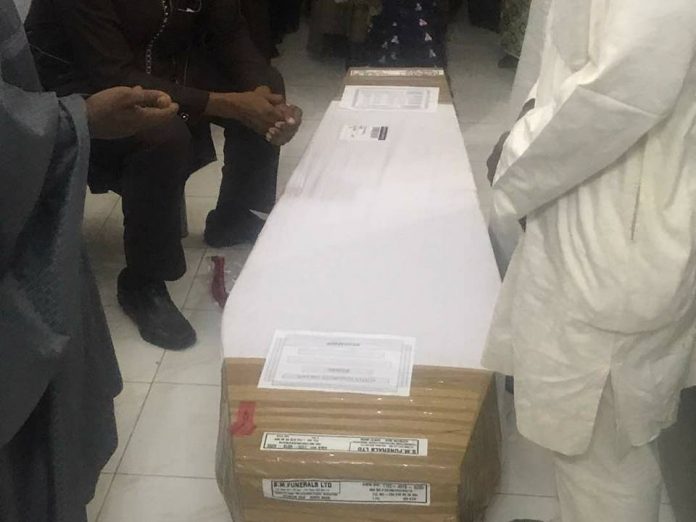 The remains of former Justice of the Federation, Justice Dahiru Musdapher arrived Nigeria from London  in the early hours of Thursday, 25th January, 2018 and was received by the Chief Justice of Nigeria, Walter Onnoghen at the international wing of the Nnamdi Azikiwe International Airport, Abuja.

The Senior Special Assistant to the CJN on Media, Mr Wassam Bassey in a statement, said the remains of Justice Musdapher arrived the airport at 4.30am into the waiting hands of Onnoghen, the family of the deceased and senior members of the legal profession.

The CJN said the late jurist had the honour and privilege of serving his country at the highest level of the judicial arm of government.

The CJN told the family and associates of the late jurist to accept his demise as the will of God.

Onnoghen has earlier directed all flags within the Supreme Court and all judicial institutions to fly at half mast till the end of fidda’u which is the seven-day prayer.

The CJN cancelled an event on Thursday for the inauguration of a six committees in the National Judicial Council to allow management and other staff to pay their last respect to the departed jurist.

Musdapher passed on early hours of Jan. 23 in a London hospital after a protracted illness.

The late jurist retired from the bench five years ago on attaining the mandatory retirement age of 70.