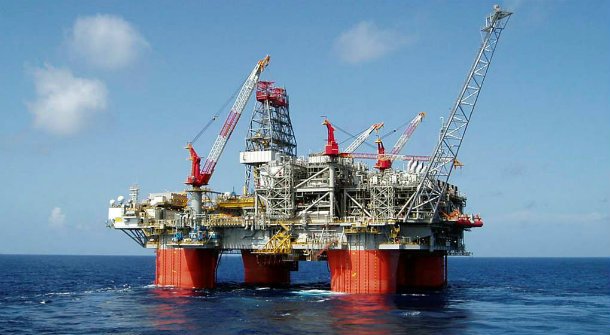 The Nigerian government has commenced legal proceedings against the Chinese-owned oil firm, Addax Petroleum Development Nigeria Ltd, over the company’s alleged under-remittance of $3 billion in taxes and royalties.

Court documents shows that the funds, according to the government, are outstanding claims against the troubled company under the Petroleum Profit Tax Act and Petroleum (Drilling and Production) Amendment Regulation 2003 over Oil Mining Leases (OMLs) 123, 124, 126, and 137.

According to the government, the $3 billion unremitted funds came as a result of the oil multinational’s alleged illegal and irregular reliance on Side Letters dated November 21, 2001; December 20, 2001; and August 24, 2004 which were “never gazetted.”

The government’s move to recover the funds from Addax Petroleum came three months after a PREMIUM TIMES report on how the Chinese firm allegedly paid millions of dollars in bribes to Nigerian officials to secure juicy contracts in the oil industry.

In its suit before a federal court in Lagos, the Nigerian government is seeking a court order directing the NNPC, Ministry of Petroleum/DPR, and NAPIMS from further allocation of crude oil explored from OMLs 123, 124, 126, and 137 to Addax Petroleum pending when the company furnishes the court verifiable Bank Guarantee from Nigerian banks to cover the monetary claims of the plaintiff.

Other prayers sought by the Nigerian government include an order restraining the NNPC, petroleum ministry, and NAPIMS from dealing with Addax Petroleum as wells as stopping them from transferring or assigning their interest in the OMLs to another person. Also, an order compelling the Nigerian agencies to file an affidavit of fact detailing the company’s assets, properties, and funds.

The government is further seeking a declaration that the side letters of 2001 and 2004 were never gazetted and, as a result, cannot substitute the subsisting fiscal regime covering the tax and royalty obligations of Addax Petroleum with regards to OMLs 123, 124, 126, and 137.

Another declaration being sought is for the company to remit $3 billion ($3,093,996,505), being the outstanding sum underpaid in tax and royalty obligations, to Nigeria’s treasury.

On Friday, Mojisola Olatoregun, the judge, granted an order for the government’s lawyers to serve court papers to the NNPC, the third respondent in the suit, whose office is situated in Abuja, outside the court’s jurisdiction.

The judge adjourned further proceedings in the suit till May.

In 1998, Addax Petroleum, now a subsidiary of China’s Sinopec Group, one of the world’s largest oil and gas producers, entered into a Production Sharing Contract (PSC) with the NNPC (as concessionaire) in respect of OPL 98/118 and OPL 90/225.

Four years later, the company discovered oil in commercial quantities and the OPLs were converted into Oil Mining Leases (OMLs) 123/124 and 126/137.

The PSC entered by the two parties required Addax Petroleum to pay royalties on any oil produced from the relevant oil blocks at the rate of 20 per cent as stipulated by law. It also provided that the Petroleum Profit Tax Act (PPTA) applicable to the contract areas shall be 65.75 per cent for the first five years, starting from the first day of the month of the first sale of the oil, and 85 per cent thereafter.

But, according to the Statement of Claim filed by D.A Awosika & Partners, the lawyers prosecuting the case on behalf of the Nigerian government, Addax Petroleum fraudulently obtained a Side Letter in 2001 and 2004 which were “never gazetted” and which they used in calculating their taxes and royalties.

The calculations in the side letters fixed the PPT payable by the company at 60 per cent and, rather than the 20 per cent flat rate of royalty, provided for a graduated rate depending on the volume of oil produced from the oil blocks.

The side letters were signed by Funsho Kupolokun, then Special Assistant on Petroleum and Energy to President Olusegun Obasanjo (in 2001) and Olabode Agusto, then Director General/Special Adviser on Budget to the President (in 2004).

Businesswoman Arraigned for Defrauding Pastor Anthony Rapu, Others of N18B