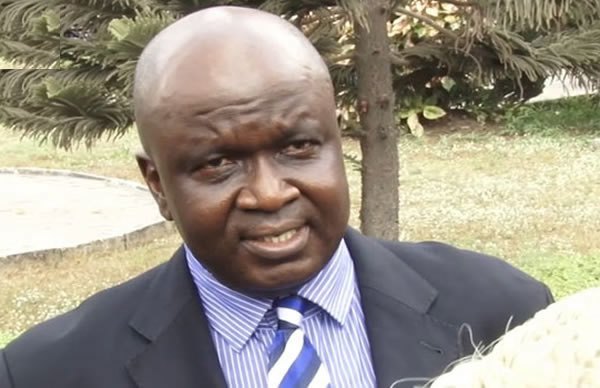 This was disclosed on Monday during the trial of Mr. Ricky Tarfa (SAN) for alleged bribery of judges even as the senior lawyer called the Deputy Chief Registrar of the Federal High Court in Lagos, Mr. Bello Okandeji, as a witness.

Tarfa is being prosecuted before the Lagos State High Court in Igbosere on 26-count charges.

He was accused of offering monetary gratification to two judges of the Federal High Court – Justices Hyeladzira Nganjiwa and Mohammed Yunusa – to allegedly pervert the course of justice.

The EFCC claimed that between June 27, 2012 and January 8, 2016, Tarfa paid a total of N5.3m in several tranches into Justice Nganjiwa’s account.

He was also accused of paying into Justice Yunusa’s account, a total of N800,000 in three tranches between February 9 and November 30, 2015. The SAN was equally accused of age falsification.

The SAN entered his defence after the court dismissed the no-case submission that he filed.

At the Monday’s proceedings in the case, he fielded the DCR of the Federal High Court, Okandeji, to testify in his defence.

Led in evidence by the defendant’s counsel, Mr. Jelili Owonikoko (SAN), Okandeji said he knew Tarfa very well as one of the counsel who appear before the Federal High Court in Lagos on a daily basis.

Okandeji, who explained that his appearance in court was based on a subpoena issued on him by the trial judge, Justice Adedayo Akintoye, said he was not aware of any official complaint lodged to the Federal High Court authorities against Justices Nganjiwa and Yunusa.

Okandeji also told the court in his evidence-in-chief that only the Chief Judge of the Federal High Court and the administrative judges in different divisions of the court were in charge of assignment of cases to judges.

Under cross-examination by the prosecutor, Rotimi Oyedepo, Okandeji said he was aware that the National Judicial Council had sent a letter to President Muhammadu Buhari, recommending Justice Yunusa for dismissal, “but the President has yet to sign it.”

Asked if he would be surprised to learn that Justice Yunusa’s suspension had to do with the way he handled a case filed before him by Tarfa, Okandeji said, “What I know is that there was a petition before the NJC.”

Asked whether constant private communications between a judge and a lawyer who has a case before him was part of the Federal High Court’s policy, Okandeji answered, “My Lord, it is not in our rule.”

He also affirmed that the court’s rule does not permit a serving judge to open and maintain a bank account in the name of a company.

He affirmed also that it was improper for a judge to recommend a lawyer to a defendant before him and receive payment for the services.

He further affirmed that if the Chief Judge or the administrative judge were aware of the relationship between Tarfa and Justice Yunusa, they would not have assigned Tarfa’s cases to the judge.

He went on to highlight several payments made by Tarfa into the bank accounts of the two judges, reading from Tarfa’s statement of account, which had been admitted as an exhibit. Further proceedings were adjourned to the next day.