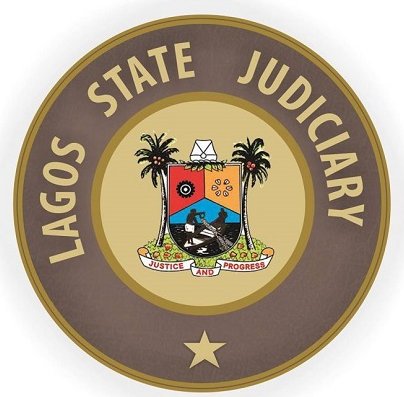 Four dismissed employees of the Lagos State Judiciary have filed a suit at the National Industrial Court seeking to be reinstated to their employment.

The coordinator of the Fight Against Corruption in the Judiciary (FIACIJ) Mr. Bayo Akinlade revealed this earlier today under the platform; “FIACIJ Anti-Corruption Watch”

The statement noted that 2 former sheriffs, 1 clerical officer and 1 principal officer; all fired for gross misconduct and corrupt practices brought the action against the Lagos State Judicial Service Commission for wrongful termination in 4 different suits at the National Industrial Courts; the Claimants are seeking to be reinstated back into the service of the Judiciary along with all their entitlements.

He noted that the Claimants as part of their defense claimed that “they were either not given fair hearing by the LSJSC or that the punishment was too excessive.”

“As part of the efforts of the Chief Judge of Lagos State; Hon. Justice Opeyemi Oke; to rid the Judiciary of corrupt elements; several judiciary staff were given their marching orders earlier in the year for various misconducts and corrupt practices.”

“The Judiciary has since enjoyed a semblance of stability and discipline within its ranks. All registrars and principal officers are now required to wear name tags to make reporting cases of corruption and extortion easier. If you are corrupt in the judiciary, you have nowhere to hide anymore. However recently; “

“FIACIJ had closely monitored the events that led to the dismissal of these and other judicial staff and welcomed the development of terminating their appointments which sends a strong signal that corruption will no longer be tolerated or excused within the temple of justice. The sword must fall hard on all corrupt elements within the judiciary otherwise justice can never be achieved and the vulnerable people will continue to suffer great injustice.”

No doubt that these former staff have a right to seek redress, at least they will understand the gravity of the position they once held and the importance of keeping the temple of justice free from corruption and other evil vices that clog the wheels of Justice.

FIACIJ will closely monitor the progress of the cases as we continue to provide support for the Bar and the Bench in combating corrupt practices within the legal profession and our courts nationwide.