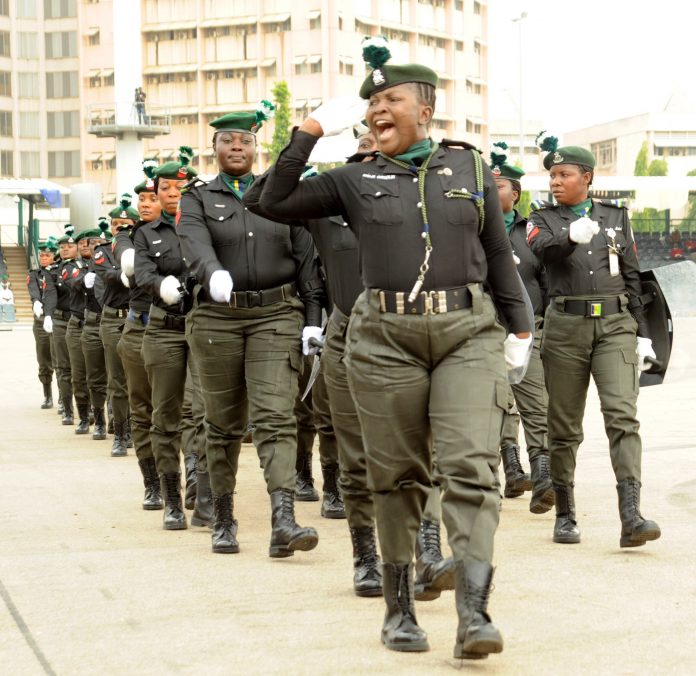 On Friday, 26th February, 2017 at about 5pm, while I was closing out on a number of things on my table, I received a distress call from the only son of one of my clients. I am representing the elderly woman in court in a pro bono case where she is about to be deprived of all she laboured for in her youth.

Summary of mama’s case is that a wealthy man is about to take over possession of the old woman’s house using the influence he has in the society. The old woman has a Certificate of Occupancy to the house, the “influential” man does not. About three years back, the “influential” man trespassed on the old woman’s land, seeking to forcefully take possession, but for reasons of divine Grace, the man was not successful. I was briefed and I took up the case pro bono. I digress.

I tried to find out even over the phone what could have made men of the Nigerian Police Force arrest the old woman, but the son couldn’t provide any helpful information. With the understanding that the day was the last day of the week, few hours just before the weekend and it was already 5pm (a time when it was impossible to get any administrative support from any police station), I scrabbled round the office to get my things and dashed out straight to the police station. The only thing in my head; “this poor old woman must not sleep in the police station!” I can be that passionate.

On getting to the police station, the old woman’s son was at the entrance of the station, with a look capable of demoralizing John Maxwell even in his motivational elements. I didn’t spend too much time with the son. In fact, I made a deliberate attempt to ignore his doubtful countenance. As I was stepping into the police station, I resolved inside of me that I was going to get the old woman out of the station that night!

ALSO READ   The Other Side of the Law: The Client's Happiness

Inside the station, I saw the old woman seated behind the counter. I saw a police woman looking into a book on the counter and I approached her. Because she was old enough to be my mother, I made some appreciable bend while greeting her. With my formal dressing and the manner of greeting, I could see the surprise written on her face. Thereafter, the following conversation ensued:

Me: My name is Akin Ajanlekoko ma. I am the lawyer to that elderly woman behind you. Her son called me a few minutes ago that she is in your safe custody. He was already panicking on the phone but I already assured him that since mama is with the police, she is in safe hands.

Police: Lawyer, welcome. You can see it is already dark. I don’t have time for plenty talk. What do you want?

Calling out to the elderly woman, the police woman called mama.

Police: Mama, tell your baby lawyer what you did to Honourable.

In tears, mama started lamenting how Honourable is using his influence to intimidate her over a parcel of land upon which she has a Certificate of Occupancy. The moment Mama mentioned Honourable, I knew what was going on. I immediately turned to the police woman and started explaining the true state of the matter to her. When I was done, she confirmed the pathetic nature of the case but indicated she doesn’t have authority on the case. She said to me that the manner in which I had approached her was very amiable. She took me immediately to the DPO.

Just as we were at the entrance of the DPO’s office, I heard the largest scream I have ever heard in a long time. “What do you want in my office?”, the DPO screamed. The moment I discovered I may be in for a foul encounter, I immediately stoop so low to great the DPO. “Good evening sir”, I greeted while almost close to the ground, waiting patiently for the DPO to recognize my greeting and approve that I stand up. The roaring DPO turned and became calm suddenly. “Get up young lady. Come closer. What do you want?” These questions came simultaneously without waiting for a response from me.

In response to the DPO, I stood from my position, started walking towards his table and was at the same time introducing myself. When I had gotten to his table, the introduction had finished and I told him the reason I was at the police station. The DPO said to me in surprise, “are you really a lawyer?” I responded to him in the affirmative. He again expressed his surprise. He stated that the reaction of a lawyer to his earlier attitude would have been very different from my reaction. He also said it is the first time in his career he would be seeing a female lawyer greet him as a police officer with such respect.

We started talking about the case that brought me to the station and I remembered that I had made copies of the on going civil case in court. I showed it to the DPO and explained to him how the Honourable is seeking to intimidate Mama. He returned the court processes after a quick glance at them. He told me he would release Mama on bail for the good characters he saw. He urged me to keep on the good manners.

Mama was released to the son on bail on the account of good manners from a legal practitioner.

I am not in any kind of superiority battle with anyone. I am a professional and by the special grace of God in one of the noblest profession. This should be all the superiority I ever would need. I would never see any other professional as superior to mine. I would also not fight over who is superior because facts speak for itself. I meet them at their level without necessarily descending to their level. These may well be what many are not doing right.

Lawyers and police should be partners and not rivals!

I love the legal profession passionately! A Judge’s Muse: There’s Always Something That Gives a Tutored Witness Away A Judge’s Muse: There’s Always Something That Gives a Tutored Witness...