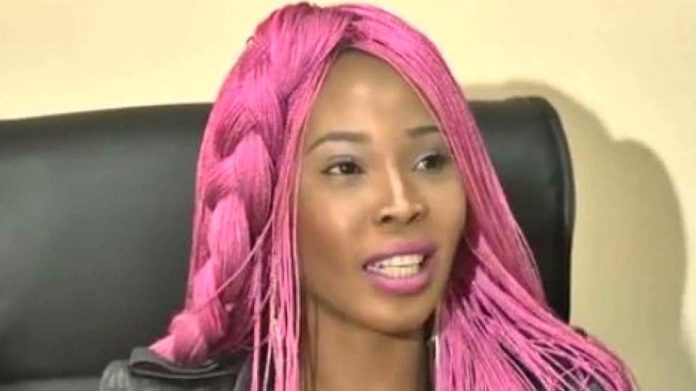 Festus Afeiyadion of Festus Keyamo Chambers, counsel to Stephanie Otobo, the alleged mistress of fiery cleric, Johnson Suleman, have reacted to the video released on Saturday, appearing to show their client saying she was paid to defame the pastor.

Ms. Otobo’s lawyer, Festus Afeiyadion, said on Saturday that he could not confirm or deny the video.

“We saw the video online on Saturday morning but we are yet to get any formal statement from Stephanie confirming or debunking the video. We are lawyers and we only act on our client’s instructions. So, we don’t have any comment on the matter,” he said.

PREMIUM TIMES could not immediately reach Ms.Otobo to confirm the latest development.

When asked what will become of the pending court case, he said, “No comment, we are waiting to hear from our client first before we know the next line of action.”

This development is coming on the heels of the defamation suit filed by the cleric against Ms. Otobo in November 2017, at the Lagos State High Court in Ikeja.

The hearing was stalled following the latter’s absence in court.

The presiding judge, Adedayo Oyebanji, adjourned the matter to February 7.

Ms. Otobo, who said she came to Nigeria from Canada with the intention to further her career, said she succumbed to the manipulation of politicians and pastors to smear Mr. Suleman because she was told it would help her career.

“They paid me a lot of money,” she said, wiping tears from her eyes.

Mr. Suleman’s wife, Lizzy, in turn addressed the congregation, asking them to forgive Ms. Otobo, as she had confessed to her sins.

Ms. Otobo had also accused Mr. Suleman, through her lawyer, of failing to keep a marriage promise made to her last year.

She formally filed a petition asking the police to investigate multiple allegations against the preacher.

In a letter to the Lagos State Police Commissioner in February 2017, she accused Mr. Suleman of illegal procurement of abortion, threat to life, and attempted murder.

The confession video which was posted on the church’s official Facebook group on Saturday morning has attracted over 180,000 views and shared 20,000 times on Facebook

Many Nigerians have expressed surprise at the sudden turn of event considering the fact that both parties are in court and determined to get ‘justice’.

They are also calling on Ms. Otobo to name the politicians and pastors who she claimed sponsored her if her confession is to believed.

Nigeria @ 58: Focus on Security and Welfare of the People...