Home News Supreme Court Awards Cost of N2m Against a Lawyer for Filing... 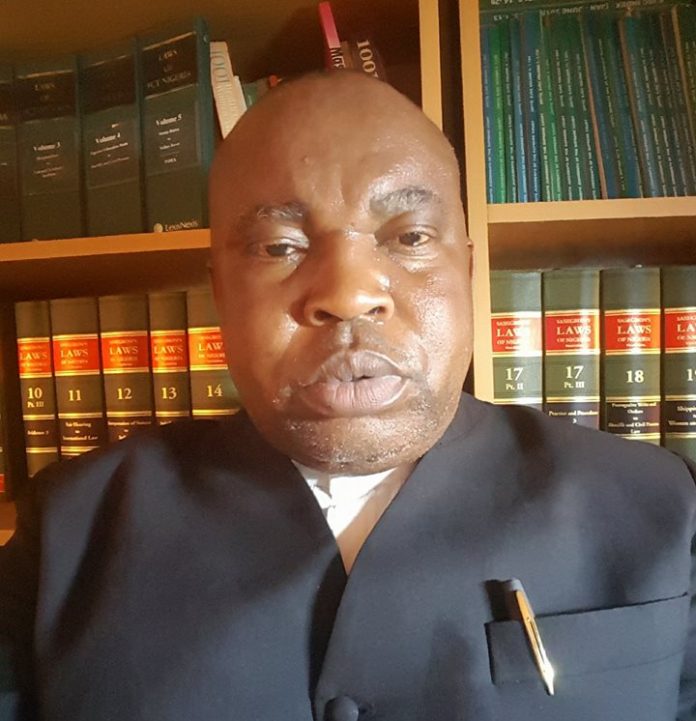 The Supreme Court has fined a lawyer, Mr. Tolu Babaleye, N2m for filing a frivolous appeal to delay the hearing of a suit filed by a former Chairman of the House of Representatives’ Committee on Appropriation, Abdulmumin Jibrin,‎ to challenge his suspension for 180 legislative days since September 28, 2016.

A five-man panel of the apex court headed by the Chief Justice of Nigeria, Justice Walter Onnoghen, during the proceedings that held on Wednesday, delivered a unanimous bench judgment shortly after parties to the appeal adopted their papers in the course of the proceedings.

Describing the appeal as “vexatious and frivolous”, Justice Ejembi Eko, who delivered the lead judgment of the court, ordered Babaleye to pay each of the four respondents to the appeal, including Jibrin, the sum of N500,000.

The court ordered that the total fine amounting to N2m must be personally paid by the lawyer.

Babaleye had filed the appeal on behalf of two members of the House of Representatives – Nicholas Ossai and Orker-Jev Yisa – asking to be allowed to be joined as defendants to Jibrin’s case which is still pending before the Federal High Court.

Ossai was the Chairman of House Committee on Ethics, which recommended Jibrin’s suspension and Yisa was the House member who moved the motion for the suspension of the Kano lawmaker.

Justice John Tsoho of the Federal High Court, Abuja, where Jibrin’s substantive suit is still pending, had on April 13, 2017, dismissed the lawmakers’ joinder application, describing them as “strangers” with no interest to protect in the proceedings.

The lawmakers had, through their lawyer, Babaleye, appealed to the Court of Appeal in Abuja, which had also in its judgment delivered on December 17, 2017, dismissed their case.

The two legislators had further appealed to the Supreme Court.

At the hearing of the appeal before the Supreme Court on Wednesday, the appellants’ lawyer, Babaleye, faced a torrent of questions from the members of the CJN-led panel, expressing their concerns about the frivolity of the appeal.

In response, Babaleye maintained that the appeal was necessary and filed to enable the appellants “to clear their names”.