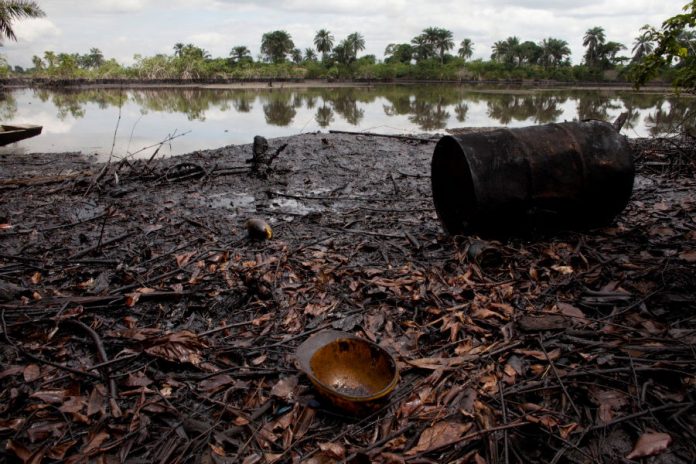 The Supreme Court has invited the Attorney General of the Federation(AGF), Abubakar Malami (SAN) and some other senior lawyers to offer opinions in relation to an oil spill case brought against the Nigerian National Petroleum Corporation (NNPC).

The case in which the Supreme Court seeks the lawyers’ opinions is an appeal filed by a group, Centre for Oil Pollution Watch (COPW) in relation to an oil spill  recorded in Abia State in 2006, which allegedly caused damage to the environment and aquatic life.

COPW started the case before the Federal High Court in Lagos, with the NNPC as defendant.

It was the plaintiff’s case at the trial court  that the spillage was from some NNPC’s oil pipelines and that it destroyed the Ineh and Aku streams in Isuikwuato Local Government of Abia State.

The group claimed that  the Ineh and Aku streams were the only sources of water supply to Acha community.

The plaintiff also claimed that the spillage destroyed the aquatic lives in the streams and the community’s source of potable water.

It stated that the NNPC only stopped the leakage but failed to do a  clean-up of the environment, leaving the  inhabitants of the affected community to continue to use the polluted  water because there was no alternative water supply.

The prayed the Federal High Court to compel the NNPC to clean the contaminated environment in Acha community of Isuikwuato Local Government of Abia State.

The NNPC objected to the plaintiff’s case, challenged its locus standi (its right to initiate the suit) and urged the court to dismiss the suit.

In its judgment, the Federal High Court  upheld NNPC’s objection and dismissed the suit on the grounds that the plaintiff was without locus standi, a decision the group appealed at the Court of Appeal, Lagos.

In its judgment on January 28, 2013, the Court of Appeal upheld the decision of the Federal High Court and dismissed the appeal, prompting COPW to approach the Supreme Court.

When the case came up on Monday, the Chief Justice of Nigeria (CJN), Justice Walter Onnoghen, who is leading a new panel of seven Justices said although the appeal was earlier heard by a five-man panel of the court, the need to re-hear the case arose during a routine conference held on it by the Justices of the court.

He said the Justices also agreed at the conference to invite amici curiae.

Beside the AGF, who was represented by the Solicitor-General and Permanent Secretary of the Federal Ministry of Justice, Dayo Apata, others attended yesterday’s proceedings. Apata said Malami was outside the country.

Justice Onnoghen, however announced the postponement of the hearing scheduled for Monday.

He said “certain developments” which occurred “over the weekend” (without any explanation) accounts for the postponement.

The CJN said the appeal would now be heard de novo (afresh) on April 30.

Mahmud was however, not comfortable with the CJN’s sudden change of schedule.

The NBA President said he had to cancel an important engagement to make it to the court on Monday.

He urged the court’s Registry to always endeavour to notify parties before hand  about such sudden change of schedule.