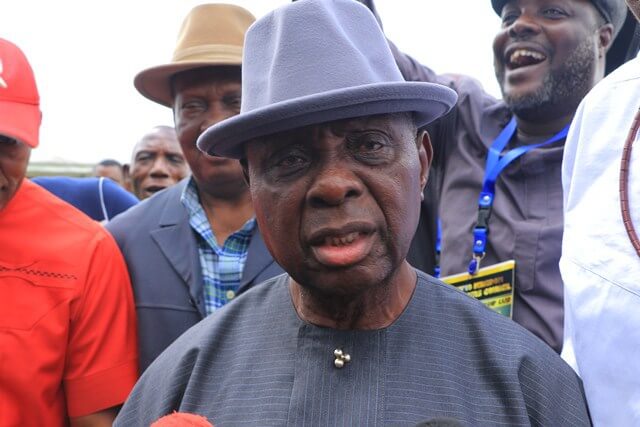 A retired Justice of the Supreme Court of Nigeria, Hon. Justice Francis Fedode Emomotimi Tabai (CON), has been elected as the paramount ruler of Tuomo Kingdom in Burutu Local Government Area of Delta State,

The Retired Justice polled 16 votes from the Tuomo Kingmakers in a ceremony that held at the Esuku Primary School field in Fuokunou Quarters of the kingdom to emerge as the paramount ruler. Hon. Justice Tabai emerged as the new ruler in the kingdom that has been without a traditional king for 72 years.

The election of Justice Francis Tabai as the Pere-elect of Tuomo kingdom was endorsed by the Chairman of Burutu Local Government Council, Hon. Godknows Angele.  In a statement signed by the Secretary to the Local Government Council Hon. Sunday Perekeme, on behalf of the council chairman, the council informed the general public that “Tuomo kingdom Pere election which was held on Saturday, 11th August, 2018 was peaceful conducted by the Tuomo Clan Kingmakers wherein, Justice Francis F. Tabai emerged as the Pere elect of Tuomo kingdom.”

Going further, the council stated: “Any other person parading himself/herself as Tuomo Pere elect is an interloper and does so at his/her own risk. “The general public is hereby advised to take note and act accordingly.” By Brakerekebina Birinimighan.

The President has no Power to Restructure Nigeria – Lawyer