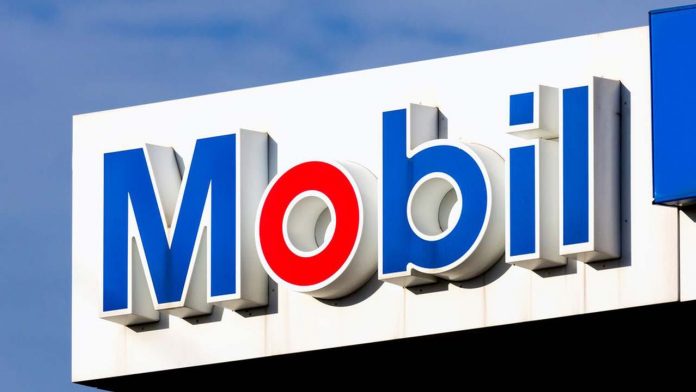 The Supreme Court has voided the sack by Mobil Producing Nigeria Unlimited of about 860 Nigerians employed in before the year 2000 as security officers, but named by the company Supernumerary Police Officers (SPY).

The Supreme Court, in a unanimous judgment of five justices, held that it was illogical and without legal backing for Mobil to have employed the Nigerians and sought to off-load them to the Nigeria Police through the back door.

The judgement was on an appeal marked:SC/33/2010 filed by Mobil Producing Nigeria Unlimited against the 2009 Court of Appeal judgment which upheld the Nigerian workers’ claim to being employees of the oil giant.

The Supreme Court, in the lead judgment by Justice John Inyang Okoro, upheld the earlier Court of Appeal’s decision in the case, which agreed that the Nigerians, led by Okon Johnson,were and are still Mobil’s staff and should be accorded all benefits.

The Court of Appeal also ordered Mobil to pay the Nigerian staff all oustanding allowances and salaries from when they were purportedly variously disengaged.

While summarising his lead judgment, Justice Okoro said: “The summary of the facts is that the 1st to 15 respondents were employed by the appellants as Supernumerary Police Officers (SPY) and issued with appointment letters.

“Thereafter, it (appellants) tried to off-load them (the 1st to 15 respondents) to the Nigeria Police, a decision the Nigerian employees rejected.

“The court bellow upheld their argument that they are not police officers, but staff of Mobil Nigeria Unlimited

“So Mobil appealed to this court. And after we have painstakingly looked at all the exhibits before us, including the appointment letters. And we have also looked at the Police Act as it relates to the mode of appointment of SPYs.

“We agree with the lower court that the respondents were employed by Mobil Nigeria Unlimited as their security staff.

“There is nothing in the Police Act, which gives Mobil the authority to appoint security officers and then, off-load them to the Nigeria Police.

“If the Police Council wanted to appoint SPYs, it would have done in accordance with the Police Act, which it faled to do.

“The law is very clear. Whoever wants the services of policemen in its establishment, should apply to the Inspector General of Police (IGP). The IGP would then request for and receive clearance from the President of the country.

“After receiving clearance from the President, the IGP will now authorise the Police Council to direct the Police Service Commission (PSC) to appoint. That is the way the law puts it.

“The PSC will now appoint these officers and then, post them to any establishment that requires them.

“But, in this case, Mobil advertised for recruitment, conducted interview,issued them with appointment letters; and then, gave them that name: Supernumerary Police Officers (SPYs).

“Whatever name you give them, the basis is who appointed them? So, whoever appointed them is their boss, which is Mobil Nigeria Unlimited.

“So, this appeal lacks merit and it is hereby dismissed. The judgment of the lower court is upheld,” Justice Okoro said.

The apex court also dismissed a similar appeal by the IGP on the grounds that it was unnecessary and a waste of public funds.

The Nigerian workers were variously employed in early 1990s by Mobil in its security unit. But for unknown reasons, the company chose to refer to them as: “SPY Police of Mobil Producing Nigeria Unlimited,” a decision that later created confusion over the actual status of the workers.

In 2000, a dispute arose about the status of the security guards, with Mobil claiming to have transferred their employment to the Nigeria Police Force (NPF).

Mobil claimed it engaged them as SPY police personnel, and not actual staff; a claim the affected workers disputed, with some of them refusing to be transferred out of their stations.

They (the Nigerian workers) alleged being victimised, with some sacked unceremoniously for insisting on right to being entitled to be treated as other employees of Mobil.

They further alleged that aside from being subjected to harsh working conditions, they were compelled to sign a document identified as “Mobil Producing Nigeria status agreement for Supernumerary Police Service condition agreement.”