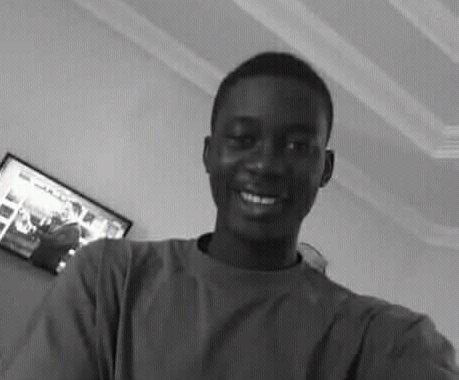 An attempt by suspected herdsmen to break into a major hostel at the University of Jos has left at least one student dead, the institution’s students union leader.

Shedrach Kums, a 300-level law undergraduate, was amongst the scores of students trying to beat back the attackers at the gate of Village Hostel when he was fatally shot.

Three others, comprising a student and two villagers near the school, were critically injured and are receiving treatment at the hospital, Mr Pantu said.

Police commissioner, Undie Adie, denied knowledge of the attack  on Monday afternoon, nearly 24 hours after the incident was first reported on social media.

The Student Union President Mr Fwangshak Pantu demanded an immediate response from both the police and school authorities against similar incidents in the future while narrating the students’ ordeal on Sunday afternoon.

“It was around 3:00-4:00 p.m. on Sunday that some Fulani herdsmen tried to invade the Village Hostel, where male, female and some physically challenged students live,” Mr Pantu said. “The students quickly mobilised towards the gates to prevent them from coming in.”

Mr Pantu said he immediately alerted the school authorities, who said they would call the police and other security agencies to prevent killing.

“But two hours after I called, the police or any other security agencies have not arrived at the scene, but the students have managed to respond and push the herdsmen back,” he said. “Unfortunately, we lost Shedrach Kums, even though he was amongst those who responded to the attack and tried to keep other students safe.”

The remains of Mr Kums, which had circulated on social media, were evacuated for burial by his parents on Monday morning.

Together with Benue and Taraba, Plateau is amongst the states in central Nigeria that have witnessed deadly attacks by suspected herdsmen. Over 2,000 deaths linked to suspected herdsmen have been recorded across the region this year alone.

While residents have reported relative peace in Benue and Taraba in recent weeks, following multiple deployments of security forces by the Nigerian government, attacks on villages in Plateau continue.

Some of the deaths have come through reprisal attacks between traditional dwellers and herdsmen seeking to graze their cattle in the state’s lush vegetation.

On September 28, Governor Samuel Lalong imposed a dusk-to-dawn curfew across the capital Jos, following repeated clashes that authorities feared had taken sectarian dimension. The invasion of the university campus on Sunday was in spite of the security restrictions.

The Nigerian government blamed large-scale killings on climate change and mercenaries sponsored by some disgruntled politicians who oppose President Muhammadu Buhari, although the government ignored demands to publish evidence establishing the claims.

Mr Pantu acknowledged clashes between villagers and herdsmen, in which citizens of northern origin are being indiscriminately targeted, but said he did not expect the violence to be taken into the school campus.

“On no account should they bring violence to our school, we are not a part of the ongoing killings,” the top students’ unionist said. “We call on the police to act immediately and decisively.”

Mr Adie, while categorically denying ever confirming the attack as some media outlets have claimed, said he would make further findings about the attack on the university students.

“Once I am done, I will give you information later,” he said. “And no, I have not told any media that somebody was killed. I have not granted interview to any newspaper.

Re: 2018 LAWSAN National Legislative Summit: Notice of Change of Date