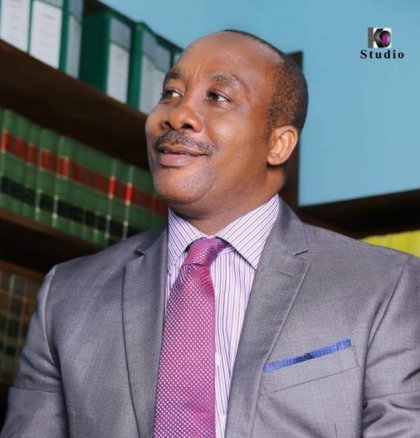 The Electoral Committee of the Nigerian Bar Association, (NBA) Port Harcourt Branch have successfully conducted the Branches election with Mr. Sylvester Adaka emerging Chairman in the keenly contested polls. The elected officers were sworn in shortly after the election.

The newly elected Chairman recorded 354 votes to defeat his opponent G.O.A. Joseph who got 252 votes. In his speech shortly after the swearing in, Mr. Adaka thanked members of the election committee for accepting to serve the Bar in this capacity and for delivering a free and fair election. He also appreciated every member of the branch for their comportment during the election. He concluded by reiterating the importance of the assignment given to this Executive Committee. He revealed that one of the cardinal programmes of this administration would be the regulation of the legal profession in our branch (PH Bar) and the State.

There is no time to waste. So, I encourage you to work with us for a continued better PH Bar.

Achieving a new level position or appointment that you have awaited years to accomplish can leave you feeling very satisfied and happy.

Many NBA Port Harcourt Branch members said, “Certainly Adaka’s willingness to volunteer his time and effort, as well as express his opinions, has contributed to being elected for the position of Chairman.”

“Everyone works to pay the bills and live a happy life, but very few people like Adaka live to work at a job that gives them happiness.”

“As we congratulate all the newly elected, we wish them every success in their new positions and duties.”

“Please be aware that you have our full support,” elated members assured.

How they were voted for: