Home News The NBA, Its Image and the Year 2018 by Akorede Habeeb Lawal 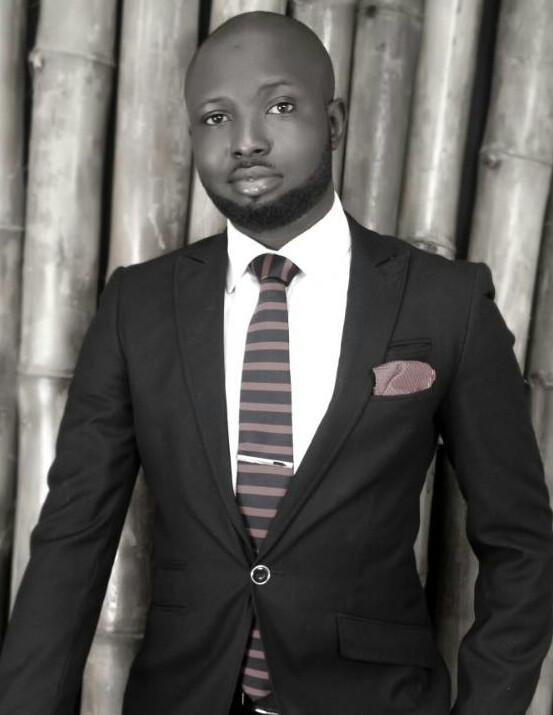 The NBA, Its Image and the Year 2018 by Akorede Habeeb Lawal

The Nigerian Bar Association occupies an enviable space as a non-governmental organization in the national set up of Nigeria. This is no mean feat in view of the obvious fact that the whole make up of the country revolves around the government, particularly the Federal Government. Outside the government and the activities of its parastatals, its actors – the politicians that govern, few issues and persons commonly interest Nigerians, except of course, religious matters and personalities. It is in this complex maze of citizens’ reluctance to be concerned that the Nigerian Bar Association catches some reasonable attention aided by the media occasionally in need of the ‘other news’, even if it is untrue.

The truth however is that the year 2018 has thrown the Nigerian Bar Association up and down the national gaze. It was at the Annual General Conference of the Association in August 2018, that the Nigerian President’s speechwriter deemed it fit to include in his principal’s address to lawyers that the rule of law is subject to national security. Also, the nation heard of how difficult it was for the Bar to conduct an electronic election to elect fourteen national officers. And very recently, without an order for substituted service, the EFCC served Nigerians her charge against the NBA President through Sahara Reporters and other media outlets, while it took her almost a week and a court adjournment before serving the subject of the charge, after several requests from the subject who also had to go to EFCC’s office to collect his charge sheet. These are the highlights of the headlines commanded by the NBA in this ending year.

Another truth is that as negative as these headlines may seem, their effects on the image of the Bar is as insignificant as throwing waste in a busy waste bin. For some years, citizens have exhausted their hope for a serious Bar to lead the civil vanguard against the recklessness of politicians that have made Nigeria spiraling down economic definition of backwardness to find a space beneath a third world nation, despite the abundance of resources. Since the turn of the millennium and the return to democracy, the NBA has struggled to replicate the sort of fine form that earned her popular respect of Nigerians during the military era. It is arguable that the military was in part responsible for bringing the Bar to its knees by fueling the crisis that created leadership hiatus in the association between the year 1992 and 1998.

It is a cliché that government is a continuum, but leadership is in phases and it is important to apportion successes and blames where they belong, in order to avoid past mistakes while seeking improvements on previous successes. The NBA now has a new leadership that is just four months into a two year term, and of the 2018 headlines earlier referenced, only one has relationship with the present bar leadership. It may be early days, but going by the evidence of the last four months, this new bar headship has clearly set itself apart and shown bravery and determination of purpose.

The NBA is a big organization by reasonable financial standard. It is the largest bar in Africa. Members’ yearly subscriptions alone run into hundreds of millions of Naira. However, the management of the funds of the organisation has always been of concern to her members, and aside the eight storey edifice housing her national secretariat, there is hardly anything that could be identified as the product of the use of members’ practice fees. Going by the recent financial statement of the Association, the money is not even in the bank, hence the Paul Usoro led administration commenced its term from the financial scratch with the NBA Administration account not only empty but in huge deficit running into hundreds of millions of Naira.

It is therefore apposite to note that the first indicator of the positive efforts of the Paul Usoro-led NBA administration at repositioning the Association is the apparent prudence and transparency in the handling of the finances of the Association. Paul Usoro and his hardworking team of national officers are committed to institutionalizing corporate governance in the NBA and one great index of their readiness is the decision to issue to members quarterly reports of the Association’s financial statements. Two of such financial statements have been issued in the last four months and members now know where their monies are and what and how their collective funds are being used.

It is ugly to acknowledge, but for the first time in more than sixty years of her formation, the Association is talking about budgeting. Before now, expenses were made without a foresight of the expected income, leading to the Association borrowing funds to fulfill her financial obligations. Also, the present leadership is cutting costs in small and big measures. The last statutory meeting of the National Executive Committee (NEC) of the association – the first to be organized by this administration was a departure from the money-burden-laden meetings of the past. Tags of NEC members will not be reprinted at every quarterly NEC meetings as the ones given to them in December, 2018 will be used until 2020 when their term as NEC members will expire. Also, the heavy NEC bundles were emailed to members long before the meeting, thereby avoiding some millions in printing costs. These fine steps being taken by Paul Usoro – the new sheriff in town in returning confidence to the bar earned him a standing ovation at the end of the last National Executive Committee meeting of the association.

Also, the NBA is steadily regaining its leading voice on national issues. The pervasive insecurity in the land which had recently caused the death of four lawyers in different circumstances had been met with unequivocal condemnations of the perpetrators and security agencies by the bar leadership. Government had been severally advised to be steadfast in observing its primary purpose of protecting and securing lives and properties. The bar lend its voice to the dispute between the labour and the government, the Executive Order 6 was also roundly condemned as ’executive recklessness’.

The NBA on International Human Rights Day stood for Ochanya and other abused girls, the Bar condemned the highhandedness of security and other law enforcement agencies, particularly as it relates to harassment of lawyers and soldiers have been told in no mincing words to go back to their barracks.

With an eye on the biggest national event in 2019 – the general elections, the Nigerian Bar Association under the Paul Usoro, SAN leadership monitored the most recent election in Nigeria which is the Osun gubernatorial election conducted in September, 2018. The rerun election according to the report of the NBA’s monitoring group “fell far short of a free and fair election…from the actions and inactions of the Nigerian Police Force they appeared to have been compromised given the fact that the Police did not question the activities of the about fifty (50) fierce looking men who invaded the area at Orolu”. The NBA did not stop at releasing this ‘say it as it is’ report which has earned her the commendation of national and international watchers of Nigeria, the Bar went on to organize a one day conference on Nigerian electoral challenges, participants were drawn from all stakeholders in the electoral process and at the end of that day, workable solutions were proffered.

It is a fine dawn in the life of the Nigerian Bar Association and to the credit of Paul Usoro, SAN – the confident and hardworking NBA President who has refused to be distracted. 2019 promises to be a year where Nigerian lawyers can again be proud of being members of the largest Bar association in Africa and Nigerians will again have the privilege of being led by lawyers in asking the right questions of governments at all levels.