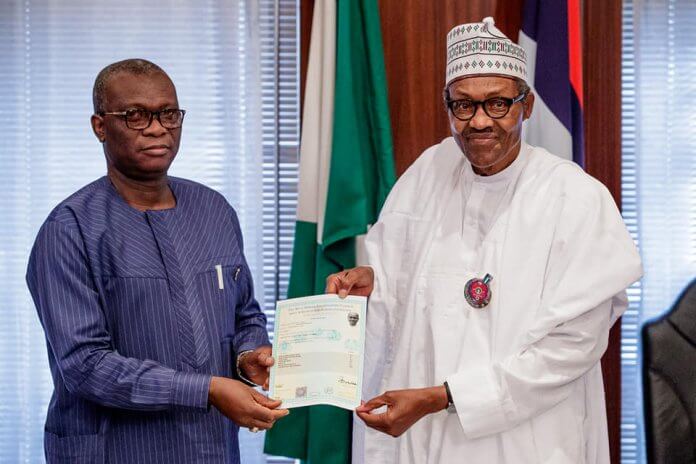 Omnia praesumuntur rite esse acta – “all things are presumed to have been done rightly.” This maxim is a fancy way of expressing the legal principle known as the presumption of regularity.

The meaning of the maxim is where an official act of the executive branch of government (including its agencies) is carried out, it will be presumed in the absence of evidence to the contrary that the act complied with any necessary formalities and is therefore valid. In England and Wales, the principle also extends to business transactions, presuming in the absence of the contrary that transactions have been carried out in the order that they are required to be carried out. However, official acts are the focus of this piece.

By extension, people are entitled to proceed on the assumption of the validity such an act until the courts find otherwise. In the case of President Buhari and the recurring doubt over his eligibility for office, he arguably has this presumption in his favour. Indeed, the army’s 2015 statement (which either cleared or muddied the waters depending on what side of the political divide one was on), appears to arrive at its conclusion based on the principle of regularity.

In response to the retired general’s statement in his affidavit to INEC, suggesting that the original copies of his certificates were with the army, the army clarified that he applied to join the army before completing secondary school but the record issued at the point of his commission shows school certificate results. The presumption is therefore that the President has satisfied the minimum educational requirements for office.

Of course, that such exceptions are being made for Muhammadu Buhari or perhaps rather, that such presumptions have been made in his favour, must be frustrating for any of the other tens of millions of Nigerians who have ever had to deal with the civil service or any government agency. The evidence would largely suggest that this legal presumption is at best only theoretical in Nigeria.

A six-stage process requires an applicant to re-present the credentials for each preceding stage each step of the way. Speaking from personal experience, during my year of National Service, at every month’s clearance, I had to demonstrate having obtained clearance for all the previous months to the commission, in spite of them being the custodian of all the records.

INEC was pleased to accept then-candidate Buhari’s eligibility in 2015. With the current position of the law, by virtue of recent judicial pronouncements, being that the requirement is only for the candidate to be educated up to that level and not that the certificate is required to show any sort of proficiency, then again, by virtue of the various courses that officers are typically required to undergo to progress through the ranks, the President’s certificate brouhaha is probably a non-issue.

It is not the highest of standards and by one or a mix of any of these criteria, the President is unlikely to be held ineligible on account of education. However, INEC must be clear about the precedent it is setting. The constitutional requirement is definitely for a positive demonstration of eligibility by the candidate. The most cogent suggestion is clearly a paper certificate of some sort and/or written certification of work experience by an employer.

Acceptance of a mere affidavit inviting INEC to establish eligibility by deductive and inductive reasoning today opens the door for others to do the same in the future. Of course, we could again revert to type and deliver selective, arbitrary justice. If we are to be the progressive nation we hope to imagine we are, INEC should issue guidance on how it is to exercise its discretion on this issue going forward.