Home Opinions The Recent Judgement of the FHC on the Sequence of Election: Case... 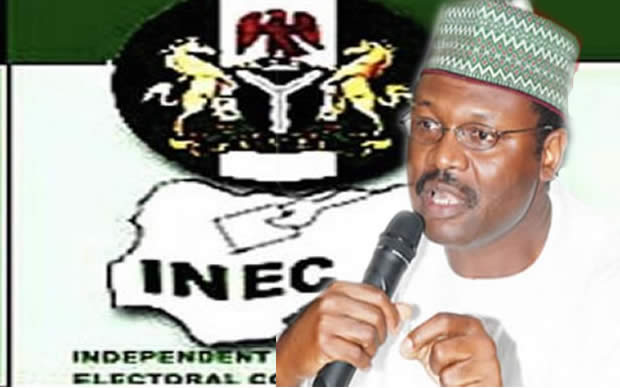 Earlier today, 25 April 2018, the Federal High Court (FHC) delivered a Judgment, effectively “robbing” the National Assembly of the powers and rights to enact any Act with respect to the sequence of General Elections in Nigeria. The Federal High Court also in the said Judgment consigned to the Independent Electoral Commission that powers and rights to determine and fix the sequence of the general elections.

I hold the very considered view that today’s Judgment is with all due respect to the Court, a nullity having been delivered in want or excess of jurisdiction and more so because the Suit in respect of which the Judgment was delivered was incompetent. These conclusions are of two folds. First, as has been rightly pointed out by Constitutional Law Guru, Prof. Ben Nwabueze, the Courts, inclusive of the Federal High Court lack the vires to make any pronouncement with respect to the validity of Bills pending before the hallowed chambers of the National Assembly. This is in keeping to terms, with the principle of separation of powers, the Judiciary lacks the power to interfere in the legislative process, except upon conclusion; upon the enactment of a law and such law coming into force. This is because the Constitution pursuant to section 315(3) expressly consigns to the Courts established under the Constitution the jurisdiction to review and invalidate any “Existing Laws” inconsistent with the provisions of the Constitution. Remarkably, the Constitution defines “Existing Law” as ” any law and includes any rule of law or any enactment or instrument which is in force immediately before the date when this section comes into force or which have been passed or before that date comes into force after that date;” Therefore, to the extent the Bill proposed by the National Assembly has not yet come into force, as a law, or an Act properly so called, the Courts including the Federal High Court lack the jurisdiction to make any pronouncements thereon.

Furthermore, this position is also necessarily correct and even accentuated by the fact that there is nothing within the ambit of the circumscribed jurisdiction of the FHC, under section 251 which donates the vires or competence to the FHC, (which is limited to the matters therein prescribed) to determine any causes pertaining or relating to the Bills pending at the hallowed chambers of the National Assembly, or such Bills in respect of which the President has refused to Assent. Hence, while the Courts have the powers to review and invalidate existing laws, the lack the vires to determine or invalidate proposed Bills pending before the hallowed chambers of the National Assembly. The Latin maxim, expression unius est exclusion alternius, is instructive. In effect, the express mention of the powers to review laws which have come into force, excludes to powers to review Bills still pending for enactment. In any case, if the framers of the Constitution had otherwise, intended, Bills would have been so included to be within the interpretative powers of the Courts. Therefore, to this extent alone, the Suit was with all due respect to the relevant Counsel, too premature, incompetent, manifestly defective and consequently and with all due respect of the Court, robbed the Court of the jurisdiction to entertain the Suit in the first instance. The defect thereof was indeed, intrinsic and affects the entirety of the proceedings of the Court, and with all due respect to the Court, equally renders the Judgment flowing therefrom, defective and a nullity.

Second, the Judgment the FHC is with all due respect to the Court also a nullity because, the Federal High Court lacks the Jurisdiction to determine any Suits, pertaining to the powers and rights of the National Assembly in any matter with respect to their legal right: the legislative powers to enact a law on any matter within their prerogative or otherwise. Furthermore, private citizens lack the vires to challenge such law-making powers, in so far as a law has not been yet enacted which is inconsistent with the provisions of the Constitution or an existing law, because no such standing has been donated under the Constitution.

I’m fortified in making these submissions because section 1(1) of the Supreme Court Additional Jurisdiction Act consigns to the Supreme Court, the exclusive jurisdiction to determine any question of law or fact which relates or pertains to the legal right of the National Assembly and its extents. The authorities with the powers to challenge such powers are also expressly mentioned. There is no disputation whatsoever that the matrix of the Suit in respect of which the FHC delivered Judgement, relates to the legal right of the National Assembly; whether the National Assembly have the right or power to enact an Act with respect to the sequence of the Elections?

The mere fact, that INEC was a party, and or by extension that the powers and rights of the INEC was also in issue before the Federal High Court, does not therefore, rob the Supreme Court of the jurisdiction to determine the Suit. Remarkably, the President and National Assembly are both parties to the Suit. Second, the issue in dispute relates to the legal right or otherwise of the National Assembly to enact a given law. The Suit was not challenging the validity of any existing law but a law making power or right. The commutant effect of these elements “conscripts” the issues subject of Suit straight to the Supreme Court and not the Federal High Court, actionable by the President through the Attorney General of the Federation, and not a political party or any private citizen at the FHC. As a natural consequence to the foregoing, the issue regarding the interpretation of the powers of INEC, becomes merely ancillary, which of course, can be entertained by the Supreme Court. It will appear that the Federal Government was aware of the risks of approaching the Federal High Court, hence the Suit was filed by a political party, thus raising the question of Locus Standi.

Remarkably, private individuals and political parties are not considered under the said section 231(2) of the Constitution and even under the additional jurisdiction of the Supreme Court, pursuant to the Supreme Court Additional Jurisdiction Act. This therefore raises the question of the locus standi of the political party to challenge the Bill of the National Assembly at the FHC in the first place. At the very best, such a political party can participate in legislative process during the relevant Public Hearing. I’m not sure of any Statute or the provision of the Constitution, which donates the right to challenge a Bill before the FHC, even before the Bill is enacted into law and becomes operational. It would have been a totally different case, if the Suit challenged the validity of an Act already enacted and in force because of an assault of inconsistency with the Constitution. This again, highlights the fact that the Suit was too premature; the political party lacked the standing to sue, and therefore renders the Suit incompetent. Obviously, it would have been completely different if the Suit had been filed at the Supreme Court by any of the aforementioned authorities, seeking a determination on whether the National Assembly have the right to enact a law on a given issue, namely, the sequence of election.

As an aside, there are wider considerations, why the Suit ought to have been determined by the Supreme Court. A lot of judicial time would have been saved, because the Supreme Court, as the final Court would have delivered a “final and infallible” Judgement, at the first instance. Second, such Supreme Court Judgment would have instilled some certainty in the political terrain, ahead of 2019. Obviously, with the possibility of appeals hanging over the present FHC’s Judgment, politicians can at best continue to speculate, until the review or appeal processes are concluded. The dispute was indeed, principally between the National Assembly and the President, INEC as an “unbiased umpire” should not have been drawn in to the politics of the Suit. Finally, the adjectival approach of the Supreme Court with particular emphasis of the chance of Seven Senior Justices reviewing the issues subject of the Suit, and delivering a Judgment thereon, would have equally instilled immediate legal certainty, effectively.

Nnamdi is a Lagos Lawyer

The Nigerian Judiciary: A Call to Poverty and Denigration?

Any Floodgate of Senior Advocates of Nigeria? I Don’t Think So...