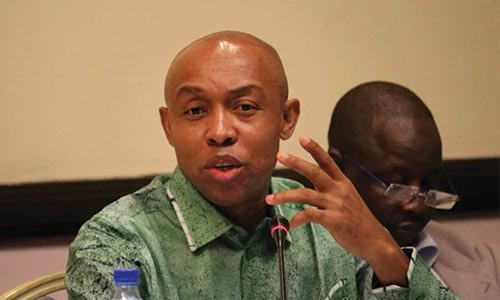 Around 28 July 2018, eligible members of the Nigerian Bar Association (NBA) should vote to elect a new leadership for another two years in a ballot that has become mired in hydra-headed scandals redolent of the kind of heavily rigged elections for which Nigeria is a global prize winner.

It will be too much to describe all the scandals associated with this ballot in one article. I propose here to concentrate on one that goes to the root of the serious allegations of election rigging against the NBA, its leadership and their network of influence.

Back in July 2016, the NBA for the first time elected its leadership through e-voting. The voting platform then was provided Grace Infotech Limited. The outcome and process of the 2016 NBA election remain mired in litigation. Apparently exercised by this outcome, the NBA decided that it needed to find a different e-voting solution provider for 2018. The organisation’s constitution requires it to constitute an Electoral Committee (ECNBA), which should have sole responsibility to organize and manage the elections. The ECNBA is supposed to be independent. Among its roles, it should set up the process for selecting the e-voting solution provider and work it to design and govern a ballot process that should be credible.

However, 31 days before the ECNBA was appointed this year, on 8 February 2018, CHAMS PLC, a public company, addressed a letter to the President of the NBA, Abubakar Balarabe (AB) Mahmoud, a Senior Advocate of Nigeria (SAN), bidding to “introduce” its “e-voting platform to the NBA” in the hope of “being of valuable service to the association.” The letter was jointly signed by Mairo Yahaya-Okai, an assistant manager in the company who gave her e-mail address as mokai@chams.com and Marie-Therese Eyo, who heads the Abuja Office of the company and whose e-mail address was given as meyo@chams.com. These contacts were not at any point disclosed to the leadership or National Executive Committee (NEC) of the NBA.

These details are relevant because CHAMS PLC would later emerge in worse than murky circumstances as the provider of the NBA’s e-voting platform, parading the e-mail address chamsservices@gmail.com as the primary contact for managing the voting process. It needs no gift of profound insight to know that an e-voting solution provider operating with a Gmail address is unfit for the role. But we get ahead of ourselves.

Voting rights in these NBA elections are held by lawyers admitted to practice in Nigeria who have paid their annual practicing fees by 31 March 2018. An intending voter must also belong to one of the 125 branches of the NBA and must have, additionally, paid their branch membership dues as at that date. Branches compile the names of members who have fulfilled these requirements and submit the names to the ECNBA who then collate the names in consultation with the branches. With over 120,000 names on the Roll of lawyers in Nigeria, this is a significant data management process. It is by no means too onerous.

The ECNBA did not at any point advertise or put out a call for bids for e-voting providers. If it did, it appears not to have advertised it. In early July, the ECNBA merely put out a perfunctory announcement giving potential voters a web-link on which to update their voting eligibility data. This was how it was learnt that CHAMS had emerged as the e-voting platform provider for the NBA elections.

Simultaneously, it emerged that CHAMS is at the centre of a complex network of corporate influence which looked designed to compromise the integrity of the process it should govern. The Board of Directors of the Company is chaired by Dr. Dere Awosika, a former Federal Permanent Secretary, who has been a member of the Board of Directors of Access Bank PLC since 2013. Access Bank is also the exclusive banker of the NBA, one of its billionaire customers. The wide footprint of the membership of the NBA contributes more than just profits to Access Bank. It also provides a rich harvest of data, the prime currency of the 21st century market place.

One year after Dr. Awosika became a director of Access, Paul Usoro, SAN joined the same board. Mr. Usoro is one of three candidates who will be on the ballot to lead the NBA. He is also lead counsel to Access Bank. With Dr. Awosika, Mr. Usoro also sits on the credit and risk as well as finance and audit committees of the Board of Directors of Access Bank and, over the past year, according to publicly available records, they have been together in over 200 meetings. Additionally, Access Bank is a substantial creditor of CHAMS PLC and together with the Asset Management Corporation of Nigerian (AMCON) owns 494,900,229 ordinary shares in CHAMS PLC, representing 10.54% of the shares of the company.

Put differently, a company substantially owned by Access Bank and chaired by a director of the bank will supervise the voting to elect the leader and principal signatory to the accounts of a substantial customer of the Bank in a ballot in which a leading candidate is a director and lead lawyer of the bank.

To make matters worse, it has emerged that data on the CHAMS e-voting platform is unsafe and the electoral roll has clearly suffered some manipulation. On 14 July, the ECNBA admitted in a hasty release that “some individuals are updating the particulars of others” on the platform. The Committee failed to say how it would remedy this clear admission that the platform is not fit for purpose. Unsurprisingly, the platform is credibly reportedly to be the location of sundry data-harvesting operations.

The members of the NBA have stumbled on these by drip-feed of accident, discovery and happenstance. The cascade of revelations has been un-ending. In response, the General Secretary of the NBA, Chief Abiola Olagunju, has gone on record to justify the lack of transparency and in so doing, undermined the independence, impartiality and professionalism of the ECNBA. It seems quite clear that the ECNBA did not select the provider or, at best, failed to do appropriate due diligence. All this leaves the out-going President of the NBA, A.B Mahmoud, SAN struggling to rescue credibility from swirling allegations that these NBA elections have been bought and sold.

Many members of the NBA are now demanding a cancellation of the relationship with CHAMS and a transparent process for selecting a replacement. Should that happen, the voting could slip back by a week or two. If not, then the NBA could headed for another epic crisis.

Odinkalu, a member of the national executive committee of the Nigerian Bar Association, writes in his individual capacity.

Disunity in Unity Bar – Time Running Out on Mazi