Faculty of Law, University of Benin have been declared winners of the Nigerian Round of the Phillip Jessup International Moot Court Competition, held in Abuja Law School,  in March 2018. With the winning the faculty is set to represent Nigeria at the international round at Washington D.C in April 2018. 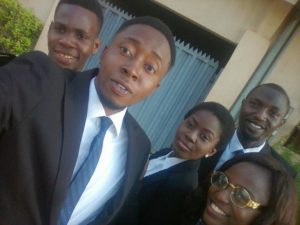 At the end of the debate which included topics such as; “The Jurisprudential Consideration of the Relationship between Law, Religion and Morality”, “Fidaus” Dress Code Saga”, and  “Taxation of Religious Body.” The UNIBEN Team made up of  Godfrey Perpetua(200level),Ebube Onyekwelu(300levek), Abigail Juwah(300level), Prince Erigo (500level), David Akpeji (500level) and the team lead/Coach, Peter Nyeronvwo Komiti (500level) emerged winners of the competition. Adeleke University came third while Babcock University was third.

Congratulations to Peter Komiti and his Team. We can only hope that you make us proud in Washington DC.

Sylvester Oromoni; The Admissibility of a Dying Declaration of a Child, and Other Matters Arising A Critical Appraisal of Juvenile Delinquency, And Overview for a Better...