Home Publication Whether a Company in Liquidation Can Be Attached in a Garnishee Proceedings... 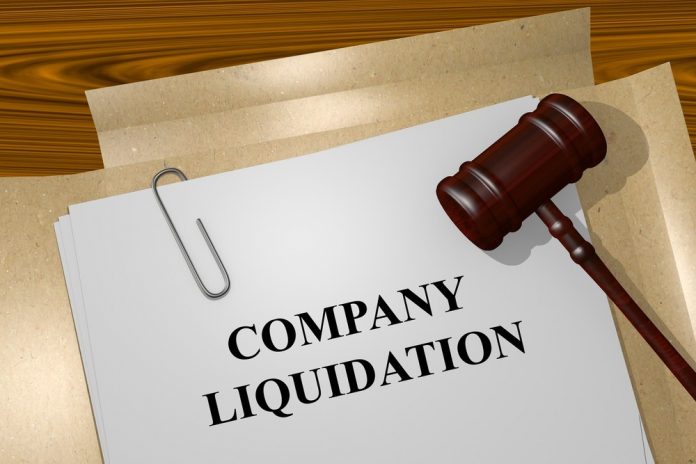 This article will consider the hypothetical situation below in tackling the above captioned subject matter;

A judgement creditor applies to the court for a Garnishee Order Nisi against the bank where the Judgment Debtor has accounts in order to satisfy the current accrued judgment debt owed the Judgment Creditor and the Honourable court grants the Garnishee Order Nisi on the 7th of March, 2015, for the bank to show cause, i.e. to disclose the amount in the judgement creditors’ account. The garnishee filed an affidavit to show cause disclosing the amount in its custody which is the sum of N5, 000.000.00K (Five Million Naira) only with the bank. Consequently, the court makes the order absolute on the 19th of April, 2015.

It is worthy to note that the garnishee order was made absolute on the 19th of April, 2015 and in the obeying the court’s orders the bank issued a check of N2,000.000.00K (Two Million Naira) to the judgement creditor, promising to liquidate the remaining balance of N3,000.000.00K (Three million Naira) at a later date.

Fast-forward to 12th February, 2017, the bank had undergone corporate restructuring and merged with another bank thereby bringing into existence another corporate entity. The judgement creditor then wrote to the bank concerning its obligation to pay the remaining sum promised to be paid at a later date. Consequently, the bank issues a cheque of N3, 000.000.00K (Three million Naira) to the Judgement creditor on 2017.

However, the judgement debtor, which is a private company limited by shares wrote to the bank for the immediate reversal of the sum of N3,000.000.00K (Three million Naira) issued to the Judgement creditor and also threatening legal action against the bank, claiming that the Judgement debtor as at the 4th of January, 2016 was and still is in the process of liquidation or winding up.

My aim in this article is to analyze whether the bank can be held liable in the circumstances.

It is worthy to note that in enforcing a judgement pronounced by the court, the law is settled that a declaratory judgement cannot enforced, and litigants ought to avert their minds to same. See OKOYA V. SANTILI 2 NWLR PART 131 PAGE 179 PARAS E-F ; P.228, PARAS, E-G. A judgement creditor or a successful party in a suit is entitled to reap the fruits of his judgement, albeit not declaratory in nature.

ALSO READ   Should a Party be allowed to Benefit from His Own Wrong?

There are ways in which a company can come to an end or in this instance be liquidated.

Liquidation or winding up of a company is characterized by the administration of a company’s property for the benefit of its creditors, and members which eventually leads to the dissolution of the company. However, it should be noted that liquidation of a company or a bank is not the dissolution or death of the company or bank as a corporate body incorporated under the Companies and Allied Matters Act. SPRING BANK PLC V. ACB INT’L BANK PLC. 2016, 18 NWLR PART 1544 PAGE 245 @ 247 & 250.

Where a company is said to be in liquidation, it presupposes that the Company is in the process of dissolution. However, a company in liquidation still has its legal personality only that legally, it is sick. C. S. (NIG.) PLC V. MBAKWE (2002) 3 NWLR (PT. 755) 523 AT 527 – 528. That is why Section. 20(3) Companies and Allied Matters Act (herein referred to as CAMA) provides that a company in liquidation should not join in the formation of a company. Even when the order of winding up of the company has been given, that does not mean the company is no longer in existence. It is only when the company has been dissolved, that it ceases to be in existence.

Basically, there are three modes of winding up a company, namely

Furthermore, The CAMA has proceeded to further provide for the protection of a company in liquidation. See Sections S. 497 and 500, 414, 417, etc. of CAMA,

“Where a company is being wound up subject to the supervision of the court, any attachment, sequestration, or execution put on force against the estate or effects of the company after the commencement of the winding up shall be void”.

“Where a company is being wound up by the court, any attachment, sequestration, distress or execution put in force against the estate or effects of the company after the commencement of the winding up shall be void”.

“If a winding up order is made or a provisional liquidator is appointed, no action or proceeding shall be proceeded with or commenced against the company except by the leave of the court given on such terms as the court may impose”.

A garnishee proceedings procedure is as follows:

ALSO READ   Whether a Joint Application Can be Filed by more than One Person to Enforce a Right Under the Fundamental Rights (Enforcement Procedure) Rules?

SEE ALSO, SECTIONS 83, 85, 94 OF THE SHERIFFS AND CIVIL PROCESSES ACT, AND ORDER VIII RULE 5 (1) OF THE JUDGEMENT ENFORCEMENT RULES

ALSO READ   Would You Let a Robot Lawyer Defend You?

Further submit that the test for determining if a decision is interlocutory or final is as enunciated in the case of ALOR v. NGENE [2007] 17 NWLR (Pt. 1062)163 @ 175 paras D-H where it was held summarily that if the decision in issue finally disposes of the claims before the court, then it is a final decision and the court becomes functus officio. See also the case of OMONUWA V. OSHODI & ANOR (1985)2 SC 1, where the Supreme Court held that:

“……a decision between the parties can only be regarded as final when the                  determination of the court disposes of the rights of the parties, (and not merely an issue) in the case.”

In this case, the motion ex-parte filed by the Petitioner/Judgment Creditor, in instituting that Garnishee proceedings called for the court’s determination of the rights of Petitioner/Judgment Creditor to recover the accrued judgment debt from the Respondent/Judgment Debtor/Applicant and the obligation of the Garnishees to pay the debt to the Judgment Debtor. The result being the determination of same by this Honourable court, and the Order of 19th April, 2015, thereby rendering this honourable court functus officio in the circumstance. The remedy (if any) that the Respondent/Judgment Debtor/Applicant may attempt to exercise is to approach the Court of Appeal if aggrieved by same. Hence, by law, a Judgment Debtor is a total stranger to the garnishee proceedings, NITEL PLC V I.C.I.C (DIRECTORY PUBLISHERS) LTD. (2009) 16 NWLR, especially after the garnishee order absolute has been made. He therefore, cannot be heard on it except in a proper appeal. PT. 389-390, H-A. See also of RE: DIAMOND BANK LTD (2002) 17 NWLR (PT. 795) @ 134-135 where ADEREMI  J.C.A held that:

“Where a garnishee order nisi has been made absolute, the only way by which the garnishee can express dissatisfaction with the order of the court is to appeal against it.”

However, this position has been overruled in the case of NIGERIAN BREWERIES PLC V. DUMUJE, 8 NWLR PART 1515, PAGE 536 @ 553, as the court held that a judgement debtor is a part of a garnishee proceedings.

Consequently, the justice of the Garnishee proceedings was met by the Garnishee Order Absolute made in the case on the 19th of April, 2015. We therefore submit that the Honourable court will be sitting on appeal against its final decision if it entertains the instant application brought by the Respondent/Judgment Debtor/Applicant. See the case of UNION BANK OF NIGERIA V. BONEY MARCUS (2005) 13 NWLR PT 943 @ 654.

Whether a Local Government Congress Election of a Political Party is...