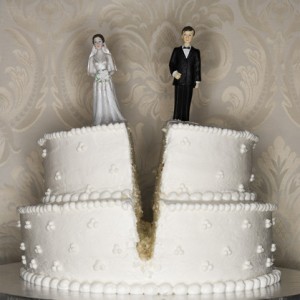 People get married because they are in search of life-long companionship, through which they can fill their life with love and happiness.

Then comes the exchange of matrimonial vows, the celebration of marriages, children etc.

The various ceremonies that accompany marriages have never been a bar to matrimonial proceedings viz a viz the interest of the parties.

One would wonder, after such show of love at the time of wedding and then, the malice and hatred that accompany spouses when a petition is filed in court, if the parties actually understood the content of the vows they “blindly” took.

Nevertheless, regardless of the option opted for, the law is clear, that there must be a Petitioner and a Respondent; and where need be, a third party may also be joined to such proceedings when there is an allegation of adultery.

The matrimonial Causes Act[1] defines a petitioner as a party who institutes or has instituted proceedings by petition.

The Necessary documents to accompany a petition for the dissolution of Marriage are the following;

The necessary pleadings to be filed are;

“The court hearing a petition for a decree of dissolution of a marriage shall hold the marriage to have broken down irretrievably if, but only if, the petitioner satisfies the court of one or more of the following facts”-

i. That the respondent has willfully and persistently refused to consummate the marriage.

ii. Since the marriage, the respondent has committed adultery and the petitioner finds it intolerable to live with the respondent;

iii That since the marriage, the respondent has behaved in such a way that the petitioner cannot be reasonably expected to live with the respondent;

iv. That the respondent has deserted the petitioner for a continuous period of at least one year immediately preceding the presentation of the petition;

v. The parties to the marriage have lived apart for a continuous period of at least two years immediately preceding the presentation of the petition and the respondent does not object to a decree being granted;

vi. The parties to the marriage have lived apart for a continuous period of at least three years immediately preceding the presentation of the petition;

vii. That the other party to the marriage has for a period not less than a year failed to comply with a decree or restitution of conjugal rights made under this Act;

viii. The other party to the marriage has been absent from the petitioner for such time and in such circumstances as to provide reasonable grounds for presuming that he or she is dead.

The question then is whether or not consent judgment without the petitioner leading evidence pursuant to the facts as stated in section 15 of the MCA amounts to a valid judgment by the Honourable Court?

A consent judgment is a judgment, decision, or order which parties in litigation voluntarily agreed to be entered for, against or between them. For a judgment to be qualified as a consent judgment consensus ad idem (meeting of the minds) between the parties. See S.P.D.C.N. LTD V. AZUKAEME[7]. What this means is that parties do not need to adduce any evidence or prove same before the court can enter its judgment based on the terms filed by the parties.

The issue then is, since a consent judgment is the consensus of the parties and the court just needs to enter judgment based on parties’ terms, whether a consent judgment can be entered by the Court in matrimonial proceedings under the Nigerian Legal system without leading evidence from the petitioner or the respondent.

It is trite law that facts admitted, need no Proof. See the cases of CHIEF OKPARAEKE V EGBUOMU[8]; OWOSHO V DADA[9], KAMALA V. UMUNNA[10] and ADEYE & 8 ORS V CHIEF ADESANYA & 2 ORS[11]. More instructive is the decision of the Supreme Court when it held in DANIEL V. INEC[12] that:

“An admission, clearly and unequivocally made, is the best evidence against the person making it”

On the strength of the above authorities, should it be satisfactory for the court to enter judgment as the parties to the matrimonial proceedings have filed their terms for dissolution of the marriage, since the issues are not in contest between parties and adopt same as duly established and proved though evidence was not led by the petitioner?

The law is clear that on the burden and standard of proof in matrimonial causes, it is trite that the onus is on the petitioner as stated in Section 135 and 136 of the Evidence Act 2011 as the party who would fail if no evidence is called. See Damulak v. Damulak[13]; Nanna v. Nanna[14]; Ibrahim v. Ibrahim[15]; and Mueller v. Mueller[16]. As for the standard of proof in matrimonial actions, it is as provided in Section 82 of the matrimonial Causes Act which states thus:

“82(1) for the purposes of this Act, a matter of fact shall be taken to be proved if it is established to the reasonable satisfaction of the Court.

Furthermore, on the duty of a party to proof the case as set up by him, the law is trite that a respondent needs not call evidence where the petitioner has failed to prove his case. See Azenabor V. Bayero University Kano[18] where it was held that:

“In civil matter, a plaintiff cannot assume that he is entitled to automatic judgment just because the other party had not adduced evidence before the trial Court”. See also Agienoji V. C.O.P. Edo State[19]

The Plaintiff has the duty to prove his case on the balance of probability or on preponderance of evidence. The weakness of the defence will not relieve him of the responsibility.” Per Ogunbiyi, J.C.A. (Pp. 59-60, Paras. E-B).

Thus it is submitted by the writers that the onus of proof is on the Petitioner/ Cross Petitioner and this is an indispensable requirement as far as dissolution of marriage is concerned under the Matrimonial Causes Act and the respective provisions of the Evidence Act as cited above.

The law is trite as regards divorce proceedings that a petitioner must prove one of the facts contained in section 15(2) (a) – (h) of the Matrimonial Causes Act before he/she can succeed and where the petitioner fails to prove that, the petition for the dissolution of the marriage will be dismissed notwithstanding the fact that the divorce is desired by both parties. See Akinbuwa v. Akinbuwa[20]

Furthermore in Menakaya v. Menakaya[21], one of the issues for determination was whether a judgment given by the court on the basis of proposals filed by the parties without leading oral evidence in line with the petition was a void judgment. The Supreme Court in a majority decision allowed the appeal; and set aside the judgments of the High Court and Court of Appeal and ordered that the matter be heard de novo by the High Court as such judgment amounted to a nullity.

Section 15(2) of the Matrimonial Causes Act states as follows;

“The court hearing a petition for a decree of dissolution of a marriage shall hold the marriage to have broken down irretrievably if, but only if, the petitioner satisfies the court of one or more of the following facts”

S.44 (3) of the Matrimonial Causes Act provides that;

The court shall not grant a decree of dissolution of marriage without receiving evidence by the petitioner in support of the petition.

From the above statutory provision, it is express and we submit that a petitioner’s petition before the court must prove/ satisfy the court of the facts as stated in paragraph (a) – (h) of section 15(2) of the Matrimonial Causes Act before the court can hold that the marriage has broken down irretrievably.

On the mandatory nature of the requirement of a statute, the law is trite that where a Statute prescribes that a particular act be performed, failure to perform same will lead to whatever consequences that have been provided for under the Statute. Reference to the case of M.C.S.N (Ltd/Gte) v. CONTINENTAL BROADCASTING SERVICE LTD[22] would be of much value.

ALSO READ   Should a Party be allowed to Benefit from His Own Wrong?

On failure to comply with statutory provisions, in Adesanoye V. Adewole[23], the Supreme Court, Per TOBI, JSC held:

We respectfully submit that where the judgment of a court as delivered fails to comply with section 44(3) of the Matrimonial Causes Act; it amounts to a nullity and should be set aside. We rely on the statement of Per Ogbuagu, J.S.C. in Niger care Dev. Co. Ltd v. A.S.W.B[25] where he stated thus;

‘Where there is a fundamental failure to comply with the requirement of a statute the issue is not of irregularity, but a nullity.”

Parties and the court are to respectively comply with statutory requirements.  Failure to comply with such requirements would ensure decisions and all steps taken amount to a nullity. It is the position of the writers that in a divorce proceeding, the Petitioner is to lead evidence in support of the petition presented before the court. Leading evidence by the petitioner in respect of a petition is necessary and a sine qua non to the grant of dissolution of marriage. Failure to lead evidence or prove facts as contained in any of the paragraphs in section 15(2) (a-h) amounts to failure to comply with statutory provisions and would ground the setting aside of any decision or steps taken in respect of the petition.

[1] Section 4 of the Matrimonial Causes Act.