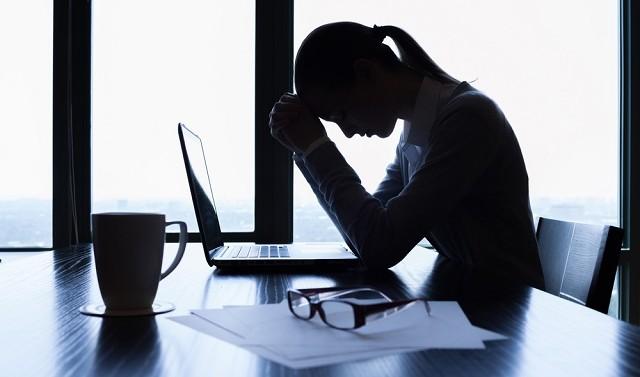 When I quit practicing law in 2004 after 27 years of being an attorney, I felt like I had failed my parents, my family and myself. I couldn’t take it anymore; the practice of a general trial lawyer had ceased being the adventure of a white knight and had become the nightmare of a palace dwarf. What happened to that dream, the quest, the oath?  After years of self-analysis, I discovered the following:

(1) I was only happy when I won. I strove to succeed and when life happened (life is what happens when we have something else planned) I felt like a failure. Actually, I was building a reputation of uniqueness and character which echoes whenever I go home, but it didn’t feel that way when my life was in shambles. I very rarely lost a winnable case, but the ones I lost would haunt me for months and years. It didn’t matter if I did an extraordinary job, if I didn’t have a complete slam dunk win, I considered myself a failure.

(2) I stopped believing in myself. I couldn’t carry my ego, my family and my law firm indefinitely. Law firms should have cheerleading sessions to validate and support themselves and to recognize individual accomplishments both professional and individual. We are either a part of a greater whole or we are isolated bits of flotsam that flame out and die. We either support each other or we watch individuals burn out and quit. I started believing that because life wasn’t cooperating, I needed to find another line of work.

(3) I focused on my mistakes. I could not remember the multimillion dollar verdicts and settlements, I only thought about the lost summary judgment motions or other adverse rulings. Ironically, in my last trial I won a million-dollar verdict on a contingency fee and quit shortly thereafter. I didn’t feel validated by the wins, I felt a failure for the losses.

(4) I believed in my weakness. I could only think of the way I could not live up to my expectations. I was the fifth producer in a firm of 30 lawyers, and I felt like a failure. There were four lawyers who produced more than me and two of them were my father and brother. I believed that the fact that I was not producing more was evidence that I was a failure.

(5) I feared failure more than I desired success. Most of my career was focused on failure control. I had multiple huge verdicts but the cases I lost made me feel like a failure even though I was producing millions in a litigation firm. I lost more sleep over the “long shots” than I could ever gain with the sure winners. Lawyers have to remember what they have accomplished for their clients and forget adverse results.

(6) I felt sorry for myself: Anyone who lives in the judicial system for a while learns that success has more to do with picking your cases than your character and integrity. I had both character and integrity and the respect of my peers (AV rated in Martindale-Hubbell) but felt inadequate because I didn’t have a 100%-win rate. I acknowledge the fact that I took a number of cases because I felt I was good enough to win even though the cases weren’t winnable. The legal system is pretty unforgiving sometimes.

(7) I saw failure as the signal to quit. I have had a wonderful time in life since I quit practicing law. However, I always wonder what I could have achieved if I had applied some of the Eastern philosophy I have learned when I was practicing law. I made the decision to quit because I didn’t win every case and therefore I believed I wasn’t a very good lawyer. In retrospect that was not accurate at all. I wish I had the mindset that I was performing a service and not just looking for victory. That is not how I was trained. The biggest lie lawyers tell themselves is “to lose is failure.”

(8) I was not enough. I was a substance abuse counselor. I coached kids’ teams, I trained horses to be support animals for special-ed kids. I volunteered for everything. I was on the board of multiple charitable organizations. I was a counselor for the State Bar helping addicted lawyers. I won awards for my pro bono work. I was a deacon in the Southern Baptist Church. Instead of acknowledging these successes, I focused on my losses in court and believed I was not enough.

(9) I took things personally. Many times, I took on cases which in hindsight were impossible to win. My ego told me that I could win these cases with sheer willpower, but unfortunately (or fortunately) that is not how the judicial system operates. When a judge disagreed with me, I took it personally and I felt I had done something wrong. It only took a few of these to convince me I needed to quit.

My purpose in sharing this story is to give lawyers who are wondering if they should quit some perspective. You don’t have to quit.

I have compassion for those who are going through the dark night of their soul like I did when I decided to stop working as an attorney. I also recognize that someone saying ‘snap out of it’ to another person is heartless advice.

The world does not have enough lawyers. I passed the State Bar exam last year in the state I live. We shall see what life will bring.

I don’t have to quit.

Culled from: Why Lawyers (and Others) Quit by James Gray Robinson