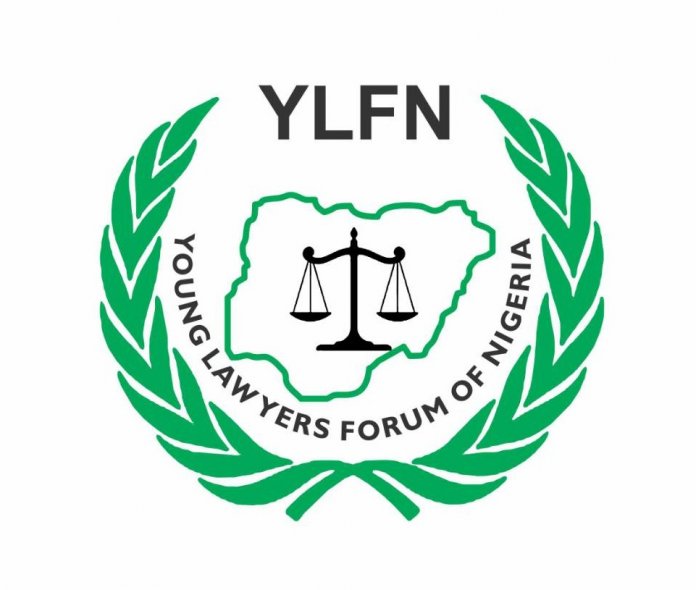 The Young Lawyers Forum of Nigeria (YLFN) is set to organize a presidential debate for the NBA Presidential Aspirants prior to the Election. The YLFN made this known in a press statement issued on Tuesday, 19th June, 2018 and signed by the President of the Forum, David C. Ibeawuchi, Esq.

Stating that all is set for the debate which would hold as soon as the ban on campaign is lifted, the YLFN President revealed that invitation to the debate has been sent to all NBA Presidential Aspirants. He noted that this would afford the opportunity to the aspirants to present their manifestoes and tell young lawyers how they intend to tackle the age long neglect of young lawyers in Nigeria and other myriads of problems bedeviling the NBA.

In his words; “The objectives of the NBA Presidential Debate shall be to raise the needed awareness on the challenges facing young lawyers and to examine the manifestos of each aspirant.”

“The electorates will also have the opportunity to meet and interact with the candidates that seek to represent them at the National level and make their demands known to them.”

He also warned that being a neutral body, the Forum would not endorse any candidate for the election but will create the opportunity for electorates to make an informed decision as to who they will vote.

“The Presidential Debate will be all encompassing touching all issues affecting the legal profession in Nigeria.”

“This is the maiden edition and it promises to be stimulating, captivating, educating and interactive.”

JRI Presents Webinar On Selection And Appointment Of Judges…