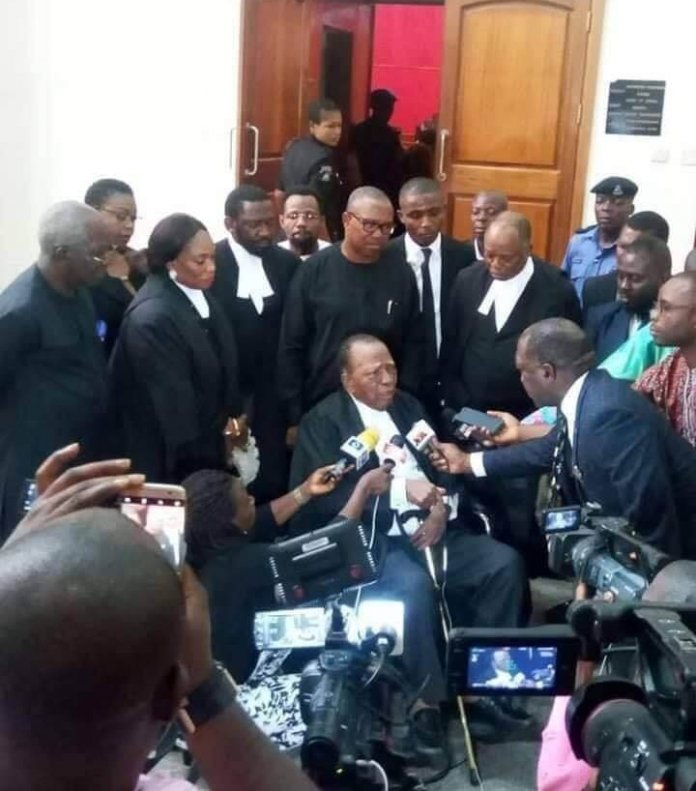 The February/March 2019 General Elections have come and gone, but the generality of Nigerians seem agreed that something was wrong with them, particularly the February presidential election. They suspect that the latter was manipulated or, in more familiar language, rigged. What is not known is how or by whom the rigging was done. An Election Tribunal/Court is now saddled with the task, an intractable task, of finding out the truth about what happened.

The task before it is made intractable by what Justice Kishna Iyer of the Indian Supreme Court referred to as “the tyranny of procedure, the horror of the doctrine of precedent, with its stifling and deadening insistence on uniformity, and the booby traps of pleadings.” The decided election cases show the Election Tribunal/Court to have succumbed all too readily to these constraining factors, but Nigerians still expect it to rise above the self-imposed shackles in order to find out the truth about what happened during that election. The Tribunal/Court owes it as a duty to the country to do so, as the discovery of the truth will help to set us free from the scourge of electoral malpractices.

As the Court of Appeal and the Supreme Court have stated in several cases, see e.g. Buhari v. Obasanjo [2005] 2 NWLR (Pt 910) 241, 415(CA); All Progressive Congress v. Peoples Democratic Party (PDP) & Ors [2015] 15 NWLR (Pt. 1481) 1 pages 73 and 81 (SC) election petitions are sui generis proceedings, established, not for the purpose of adjudicating disputes arising in dealings or transactions between individual persons, but for the purpose of enabling the political community to choose, in free and fair election, persons to manage public affairs on its behalf and for the benefit of all its members, which makes largely inappropriate the technicalities of the law of pleadings and evidence applicable in ordinary cases between individual persons. An election petition is not such ordinary case; it is sui generis, to which the technicalities of the law of pleadings and evidence may not be appropriate.

And the Judicial Committee of the Privy Council has said that a tribunal is not deprived of the character of a court nor its decisions the character of judicial decisions simply because it is empowered by statute to decide as it thinks just and equitable or according to equity and good conscience, inasmuch as the effect of such a power given to a court is not to exonerate it from all rules of law: Peacock v Newton Marrickville and General Co-operative Building Society No. 4 Ltd (1943) 67 CLR 25. An approach based on law but moderated by what is just and equitable in the interest of peace, security and good governance of the community is what is needed in election cases, not a rigid adherence to the technicalities of the law of pleadings and evidence and the doctrine of precedent.

Gov. Okowa Swears In 5 Judges; Charges them to be Fair...