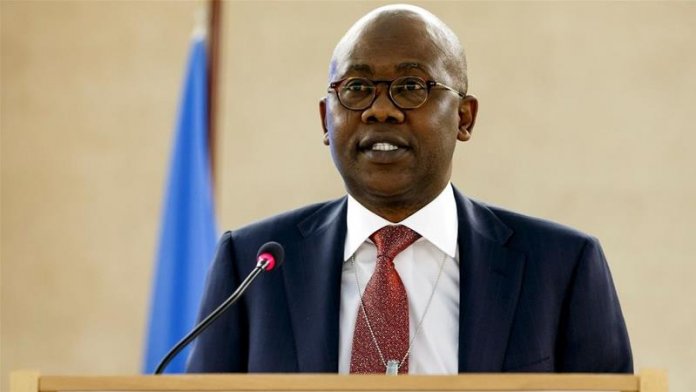 A former Attorney General of the Federation (AGF) and Minister of Justice, Mr Mohammed Adoke, has returned to the country.

Mr Adoke’s aircraft touched down at the Nnamdi Azikiwe International Airport in Abuja at about 3:40pm on Thursday.

He was, thereafter, whisked away from the foot of the aircraft by security operatives and taken to the office of INTERPOL in the Federal Capital Territory (FCT).

Adoke is facing charges bordering on alleged abuse of office and money laundering with respect to the granting of the Oil Prospecting License (OPL) 245 to Shell and ENI.

The Economic and Financial Crimes Commission (EFCC) filed the charges against the former AGF and four others on behalf of the Nigerian Government.

Following its inability to produce the defendants in court, the anti-graft agency approached a Federal Capital Territory High Court in Abuja on April 17 to secure a warrant of arrest against them.

The court granted the request by the EFCC, leading to Adoke’s arrest by the police in Dubai in November.

The Chairman of the Presidential Advisory Committee Against Corruption (PACAC), Professor Itse Sagay, confirmed Adoke’s arrest about a week later during a courtesy visit to the EFCC headquarters.