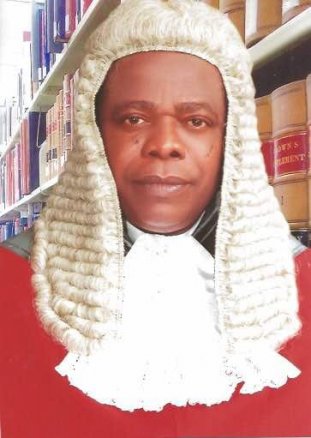 Anambra State Judiciary has evolved a better system of dispute resolution that would ensure the settlement of cases using Alternative Dispute Resolution ADR mechanism, even at pre-trial stage without going through full-scale litigation processes.

This new system of case management and conflict resolution was unveiled by the state Chief Judge, Justice Peter Umeadi, during the swearing-in of Eleven Deputy Chief Registrars incharge of Case Evaluation in all the judicial divisions in the state.

The DCR’s are saddled with the responsibility of evaluating the contentions issues in all civil cases brought before the high court and advice litigants on appropriate means of resolving their disputes either by exploring the Multi-door Court System using ADR or through regular court room litigation, as last resort.

Speaking on the occasion, Justice Peter Umeadi described their appointment as another bold attempt to change the way things are done in the state judicial system, sequel to the review of the high Court civil procedure rules.

Justice Umeadi explained that Order 4, rules 1, 2 and 3 of the Civil Procedure Rules established the office and set out the responsibilities of the Deputy Chief Registrars for case evaluation, saying that the judiciary under his leadership was poised to implement this very laudable provision in our statute book to evolve a new era of quick dispensation of justice and settlement of conflict.

According to Justice Umeadi, “there has been wide spread complaints about delays in the court system. But all over the world, efforts are being made to enhance access and hasten processes, so that citizens would maintain trust in the system and not get frustrated with many years of unending litigations.”

He opined that Anambra State was second only to Lagos state in terms of the quantum of cases that comes to its courts. And Lagos state being a highly populated megapolis “when compared with the small population of Anambra state goes to show that on the average, Anambra could be said to have the highest of murder cases per head, than any other place in the country on a regular bases.”

The Chief Judge who took time to tutor the appointees on the demands of their new office, urged them to see themselves as pioneers who will take the state judiciary into a new era of easier, faster and seemless adjudication of cases. He stated that the DCR’s are “empowered to look into and resolve all interim and interlocutory applications as stipulated in the rules, and as may be specified by the Chief Judge from time to time, through the practice direction.”

This he said they must achieve beginning from the period when parties filed pleadings to the period of forty-five days that is fixed for Pre-trial Conferences, and write their reports or issue their certificates of settlement, for the courts to make a consented judgement, which would finally settled such cases.

The Chief Judge promised that an induction seminar would be organised for the case evaluation officers, to enable them assimilate the rules and understand their responsibilities in order to function well, in the new dispensation.

Responding on behalf of other DCR’s, Mr Nnamdi Osaka described their appointment as a bold step towards re-engineering the wheel of justice for optimum service delivery. Mr Osaka promised to sustain the current wave of reform blowing across the justice system in Anambra state, through the dogged efforts of the Chief Judge, who doubles the chairman of Judicial Service Commission that appointed them.

In a remark, the Executive Secretary, Anambra State Judicial Service Commission, Chief Stanley Mbanaso said Anambra State is brazing the trail in the area of quicker justice delivery, because of the ingenious innovations of the state chief judge, Justice Peter Umeadi, whose judicial activism has brought about unprecedented reforms in the anals of the judiciary.

According to Chief Mbanaso, “the ordinary citizens is at epi-centre of the judicial reforms being carried out by the chief judge”, adding that the judiciary in Anambra State is alive to it’s fundamental responsibility of being the last hope of the common man.

Lagos High Court has not Modified Mode of Commencement of Action