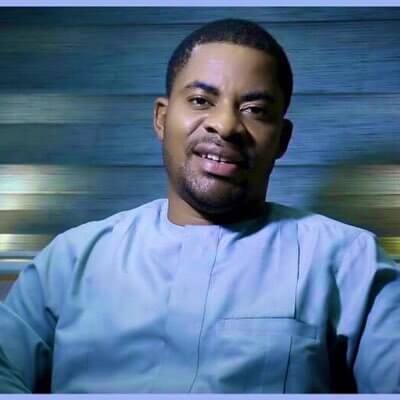 The political activist was arrested on December 13, 2018, over allegations he was involved in a murder in Kano in 2005.

According to Premium Times, Mr Adeyanju was charged with murder in 2005 at the Kano State High Court, but was discharged and acquitted in 2009 after a lengthy trial.

The police, nonetheless, filed murder charges against Mr Adeyanju using the same material that had been dismissed by the court in 2009.

Mr Adeyanju spent 78 days on remand at Kano Central Prison between the day of his arrest until March 1, 2019 when he was released on bail.

Although he was first granted bail in February, his release was stalled for several weeks despite meeting conditions, amidst allegations that the court registrar absconded.

The trial went on with Mr Adeyanju insisting he was being victimized for his criticism of the Buhari administration. He said he was kept in prison to deprive him the freedom of participating in the general elections of February 2019.

The police denied the case was politically-motivated.

But Rabiu Sadiq, the presiding judge, ruled on Friday morning that the case contained exactly the same grounds for which Mr Adeyanju was discharged and acquitted 10 years ago.

Mr Adeyanju’s re-arraignment by the police “amounts to double trial,” the judge held. According to Premium Times, Mr Adeyanju’s associates shared the news of the judgement . while Balarabe Adamu, the court registrar, independently confirmed the ruling.

No damages were awarded to Mr Adeyanju by the judge because his lawyers did not seek damages in the court filings.

The activist welcomed the ruling on Friday morning, saying he was not surprised because he never doubted his innocence. He also vowed to continue his activism towards a better Nigeria.