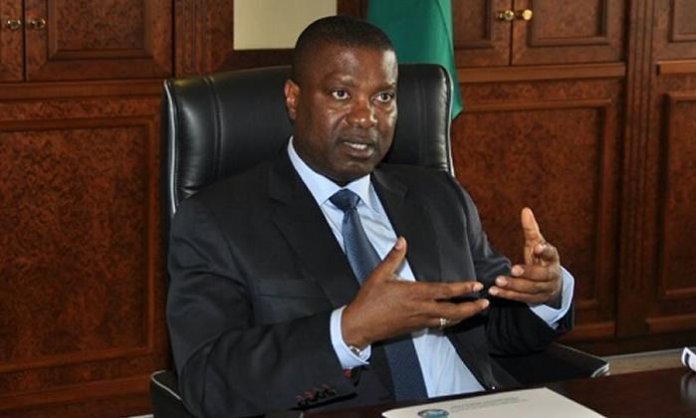 In apparent disregard to almost all the averments in his written statement on oath, APC Governorship Candidate, Nsima Ekere Thursday told the Governorship Elections Petitions Tribunal in Uyo that he did not win the 2019 elections

Testifying as principal witness (PW46) in his petition against Governor Udom Emmanuel’s re-election, he said he could no longer stand by his written deposition and wants the entire election nullified.

Similarly, the APC deputy governorship candidate in the election, Amadu Attai has announced that the ballot papers his party obtained from INEC as exhibits in the case, are no longer useful and would no longer be tendered before the tribunal.

Attai, PW47, in reference to Paragraph 32(6) confessed that he had no evidence to authenticate his claims that voter’s cards of other people were used by PDP members for multiple voting, neither could he present any data to back his card reader report in his Paragraph 33.

On his part, Ekere, during cross examination by 2nd Respondents’ Counsel Tayo Oyetibo SAN, dismissed his earlier claims that he won in some local government areas in the state including Essien Udim and Etim Ekpo during the March 9 Governorship elections.

When confronted with his earlier deposition and the evidence by the Essien Udim Divisional Police Officer, Samuel Isiek, that election in Essien Udim was free, fair and credible he admitted that even though his tendered result showed he won in Essien Udim, he wants the election also canceled.

“My plea is for full nullification of the entire elections, including Essien Udim, because by the time we went through documents provided by INEC we discovered that election was not conducted according to the provisions of the electoral law.” he said.

Referring the petitioner to Paragraph 15 Sub 11 of his statement, Oyetibo asked if accreditation took place in the areas that he allegedly won, Ekere replied that he was no longer in support of his previous statement about winning in those areas.

“My lord, I have abandoned the areas I won”

When confronted with his statement on oath in paragraphs 15(18) where he claimed to have figures of accredited voters for the March 9 election, Ekere confirmed that he got it from INEC sever but failed to provide the data source before the tribunal.

Sensing frustration at some point during cross examination, Mr Ekere sought the protection of the Tribunal panel chairman, A. M. Yakubu, who told him to answer the question, as his request for protection at that point was unwarranted.