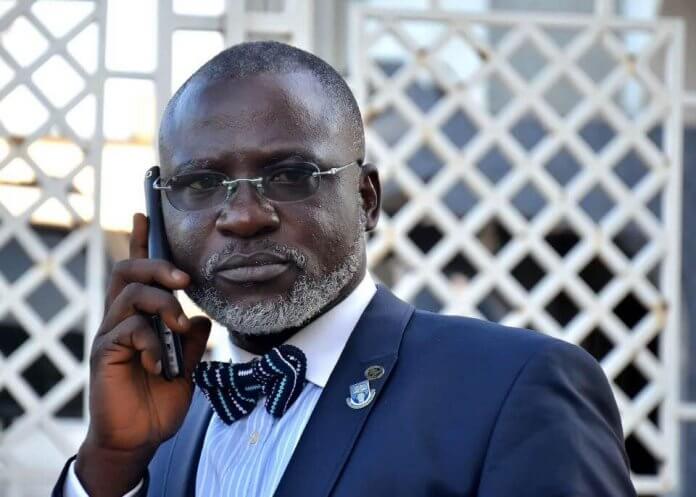 Former chairman of the Nigerian Bar Association (NBA) Yinka Farounbi, was on Monday arrested by the Economic and Financial Crimes Commission (EFCC) over alleged N25 million fraud in the association.

Farounbi’s arrest during the general monthly meeting of the NBA, Ikeja Branch held at the Bar Centre, old Secretariat, Ikeja GRA, was sequel to his refusal to honour an invitation sent to him by the commission.

Three members of the NBA, Ikeja including Gabriel Opayinka, were alleged to have petitioned the EFCC alleging N25 million fraud during the last administration led by Adesina Ogunlana.

It was gathered that Ogunlana was recently released after spending three nights in EFCC custody over same issue.

Ogunlana was said to have been arrested at his Ikorodu Road, Onipanu law firm after his initial refusal to honour the anti-graft agency’s invitation.

It was gathered that Farounbi was invited for interrogation by the EFCC when investigation revealed that he was still signing bank cheques despite that his tenure had lapsed.

It was gathered that Farounbi and another signatory were prevailed upon to sign some cheques to execute some urgent programmes of the NBA Ikeja branch as the Ogunlana led executive were yet to effect change of bank signatories as a result of the crisis that engulfed the bar after their election.

A source within the bar said the meeting of the lawyers was in progress when it was suddenly interrupted by the arrival of the EFCC.

On arrival, the EFCC operatives were said to have enquired for Farounbi, that they wanted to arrest him.

The chairman of the branch, Dele Oloke was alleged to have identified Farounbi to the EFCC operatives for arrest, a development which  infuriated the lawyers.

It was said that Gabriel Opayinka and two others owned up to the petition submitted to the EFCC alleging N25million fraud in the bar.

The source said the situation turned into chaos as lawyers, who were not happy about the invasion of their meeting by the EFCC operatives, resisted the arrest of Farounbi and chastised the branch chairman, Oloke for not protecting the former chairman of the branch.

In crisis that ensued, a female operative of the EFCC was allegedly assaulted.

The development made the EFCC operatives to call for reinforcement from their office following their initial failed attempt to arrest Farounbi.

However, before their arrival, Farounbi gave himself up and was driven away in a Toyota Hiace bus marked BWR 643 GA at about 15.35 p.m.

With the arrival of the reinforcement, the female EFCC operative, whose jacket was torn and had an injury on her neck as a result of the assault, and her colleagues said they would not leave the NBA, Ikeja Bar Centre until those who assaulted her were arrested.

Review of Remuneration and Scale of Charges for Lawyers – Take...