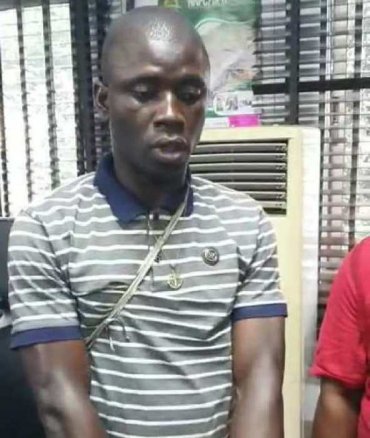 Suspected “serial killer”, Gracious David West, reversed his plea to not guilty in court Thursday after earlier confessing to strangling nine women in a string of ritual-style killings.

Mr. West, 26, was arrested in September on accusations he lured his victims to hotels in Port Harcourt before drugging and murdering them.

The killings sparked outrage and prompted women to take to the streets of the city, the heart of Rivers state, to demand better police protection.

Police released a video on Twitter after West was detained showing him admitting to the crimes.

But in court on Thursday he reversed the admission.

“The defendant had earlier pleaded guilty to the 9 count charge of murder but has decided to change his plea today,” prosecutor Chidi Ekeh said.

The suspect’s lawyer Vincent Chukwu dismissed the earlier guilty plea as having “no legal effect”.

“The basis of this matter is the evidence. Let them (the prosecution) put their evidence before the court”, he told AFP.

A second defendant, accused of involvement in the killings, Nimi Thankgod, also pleaded not guilty and was granted bail.

Police arrested the suspects after the bodies of nine victims were found across the city and described West as a “notorious serial killer” and cult member.

The authorities said the deceased were discovered with a white cloth wrapped around their necks and waist in a style that suggested ritual murders.

Port Harcourt and the surrounding region has one of the highest crime rates in Nigeria, Africa’s most populous country.

It is rife with so-called cults, criminal gangs that emerged from university campuses to become organised crime groups and frequently engage in blood rituals and oaths.