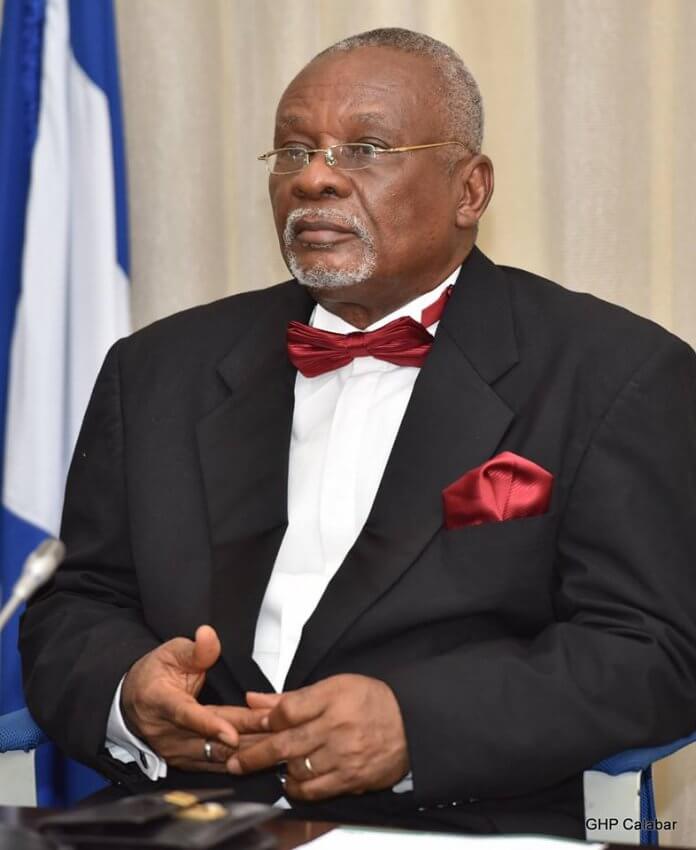 The crisis between the judiciary, the bar, and the Cross River State government has come to the fore as the 2019/2020 legal year opened yesterday.

Chief Judge of Cross River State, Justice Michael Edem, has responded to concerns in some quarters concerning the swearing-in of new judges, his successor and the alleged seizure of his official quarters by Governor Ben Ayade.

Speaking yesterday during the formal opening of the 2019/2020 in Calabar, Justice Edem said, “The fact is that during the last Green Carnival programme, Ayade asked for keys to accommodate two governors since the available government guest houses could not accommodate them.

“I was told that for security reasons, the Governor’s guests would not be accommodated with my staff. (Who were living in the back house). So they would have to move out of the quarters and believing that it was a palliative or temporary measure, I conceded.

“Fortunately, the event ended and I have written to the governor surrender the keys to me for use of the premises for the opening of the legal year and my forthcoming November retirement events.”

Edem said he clearly stated in the letter that he would surrender the keys and by extension the property to his successor, adding: “I still await his reaction. If that is what is meant by ceding and forceful ejections, then the words cede and eject need redefinition.

Reacting to the claims, Special Adviser to the Governor on Media and Publicity, Christian Ita, said, Edem’s submissions were mere speculations, saying the tenure of the incumbent has not lapsed.

“For now everything is speculative. I am not aware of the allegations that the government is trying to alter the traditional order of the next senior person from taking over in the judiciary.”

On the allegations that the state government was trying to take over the Chief Judge’s official quarters, he said the house had been lying fallow since the former CJ died, adding: “I know that government went there to do renovation so why should the government take it over? Government is not taking over anything.”