Home Opinions ANALYSIS: Why Nigeria Needs a Review of Its Criminal, Penal Codes –... 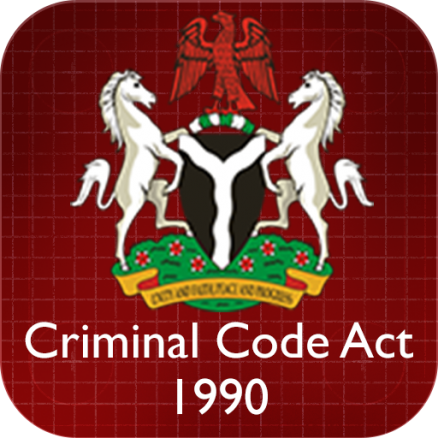 One early morning in November 2013, Adepoju Jamiu woke up to observe the first of the five Islamic daily prayers at Okela, a community in Ondo State.

Just after the prayer, 23-year-old Jamiu ”fell into temptation”. He stole a Blackberry phone valued at N17,000. The phone belonged to another worshipper, Suleiman Asimiyi.

Upon arraignment, he pleaded guilty and on January 28, 2016, the court pronounced Jamiu’s action to be in violation of Section 383 (1) and punished him under Section 390 (9) of the Criminal Code Cap 37, volume one, laws of Ondo State of Nigeria 2006.

Jamiu was sentenced to three years in prison without an option of fine.

Jamiu was sentenced to imprisonment for what lawyers would call a ‘petty offence’ in a country with a staggering prison population of about 73,995.

The sections that deal with “stealing and petty offences” in Nigeria’s Criminal Codes is just an instance of the stale provision of the law. The Criminal and Penal Codes enacted in 1902 and 1960 respectively are still operational over 50 years later.

The case of seven-year-old Imran Usman, a student of a school for children with disabilities in Kuje Abuja was one that alarmed many in April 2019.

This child described to journalists how he had been sodomised and forced to perform oral sex on older schoolmates amongst other molestations. Though it is still under investigation, the fact that a crime of sodomy does not exist under our criminal or penal codes is a reality that may impede access to justice.

The definitions of rape in both the criminal and penal codes both state that a man commits rape when he has carnal knowledge of a woman against her will, without her consent, or if that consent was gotten by coercion. In the face of Nigerian law, only women can be raped under the law.

According to Section 357 of the Criminal Code, “rape occurs when a person has unlawful carnal knowledge of a woman without her consent, if with her consent, by means of threat or intimidation while.”

In Section 282 of the Penal Code, the crime occurs when “a man is said to commit rape when he has sexual intercourse with a woman, against her will, without consent, with consent obtained under duress etc.”

“We are in an era where there is a lot of social awareness when it comes to issues about gender and sexual-based violence,” says Adekunle Adewunmi, a lawyer who adds that most laws on the issue are archaic.

ALSO READ   Conspiracy to Commit Murder – Police is Your Friend

”The only law that would allow someone like this have its day in court is the Violence Against a Person (Prohibition) Act, and it is limited in the jurisdiction, and this would limit the access to justice of many.”

The Centre for Socio-Legal Studies (CSLS), a Non-Governmental Organisation set up in 2006 for the purpose of introducing a multidisciplinary approach to solving the problems in Nigeria’s criminal justice sector, shares a perspective on how to solve this.

Omolola Quadri, a programme officer at the CSLS says: “In our recommended criminal code, we are making crimes of this nature gender-neutral to reflect prevailing realities. In addition to this, we are creating the crimes of sexual assault and harassment with explicit definitions, so that it can be prosecuted in the courts.

”We are taking what exists in laws like the VAPPA and improving on it so that all Nigeria could have a single body of laws that protects them and gives them their day in court.”

Such improvement, Mr Adewunmi said, would help reduce the stress on legal practitioners who have to sift through varying and sometimes conflicting laws for cases.

This may have been appropriate when it was a crime of a man stealing another’s goat that had been kept in his possession. But, if it was a bag filled with money being converted, that would be another story.

In January of 2013, John Yusuf, a former director in the federal civil service was convicted of criminal misappropriation to which he pleaded guilty in an Abuja High Court.

His case drew the attention of the people, not because he pleaded guilty to betraying the trust and fraudulently converting N2 billion of police pension funds to private use. Rather, it was the punishment the courts gave as a sentence: two years in prison with a fine of N250,000 that left people gobsmacked.

This was not a case of a lack of better judgement on the part of the courts. Their hands were tied; they applied the letter of the law.

Mr Adewunmi explains that the line ‘imprisonment for a term which may extend’ sets two years for such a crime as the maximum punishment and it is within the court’s jurisdiction to give a sentence that is even lower.

Mrs Quadri said her organisation aims to create a draft law that would review such provisions.

“There would be a minimum punishment which would guide sentencing, and reflect the severity of the offence. By setting a minimum number of mandatory sentencing, you guide against judges who may be partisan.”

Mr Adewunmi explains that the case of Mr John is peculiar.

”It proves that when the powerful get an opportunity to leverage on the weakness of any law, they will exploit it. He was charged under multiple laws, yet was convicted on the mildest one. It is some of these loopholes and the need to ensure conformity in all the criminal laws that necessitates the overhauling of the extant law. All laws and their punishments need to be reviewed in order to deliver justice and to be perceived as doing so by those it governs.

“This law was created in 1960, and this is a clear case where the punishment for a serious crime is ridiculously mild. We need our codes to proffer punishment for corruption and every concupiscence of it, that would deter people from doing the same.”

In 2013, the House of Representatives Minority Whip, Samson Osagie, led nine others to move a motion that called the National Assembly to review provisions of the Penal and Criminal Codes to provide stiffer punishment for such matters.

However, their prayers did not materialise eventually.

“When the motion was moved on the 30th of January 2013, it was agreed that the EFCC and the AGF would appeal the judgement with a view to seeking stricter punishment for the offence and that the National Assembly should set a machinery in motion to review the Penal and Criminal Codes to provide stricter punishment in such cases. However, the second recommendation to the Justice Committee didn’t happen before I left the house in June 2015,” Mr Osagie told this reporter.

Another attempt at amendment was commissioned by the Nigerian Institute of Advanced Legal Studies(NIALS) which initiated the research project ‘Unification of Criminal Laws of Nigeria 2014”.

It was undertaken by Epiphany Azinge (SAN) to amend the existing law amongst others.

However, there has been little to no advocacy towards its implementation, as it remains a proposal. This is contained in a document shared with this reporter by the programme officer, Mr Quadri, but not published online.

On April 30, 2019, Daily Trust reported that the Chief Judge of the F.C.T High Court, Ishaq Bello, said that the criminal justice systems in African countries, including Nigeria, “have a common denominator which is widespread criminalisation and punishment of petty offences.”

Prison records from the National Bureau of Statistics show that in 2016 there were 47,702 persons in prison who were incarcerated for stealing.

The crime accounted for more than 50 per cent of the entire prison population.

According to Section 390 of the criminal code: “Any person who steals anything capable of being stolen is guilty of a felony and is liable, if no other punishment is provided, to imprisonment for three years.”

Mr Jamiu is confined to prison for three years, and though he was guilty of the crime, the prevailing socio-economic conditions could have influenced his actions.

Other petty offences that are still criminalised in Nigeria include public nuisance (Section 183-203 of penal codes) ”and being a vagabond” (Section 405-410 penal codes) among others. These crimes are believed to contribute to the increasing number of those awaiting trial.

Mr Adewunmi says: “It would be wrong to ignore the potential for arbitrary arrests and human rights abuses that stem from policing these crimes. You would always find a law to detain or charge someone with if every infraction is criminalised. Once this happens, you become a number in a system with limited access to justice.”

The realities of Nigeria’s criminal justice system are what perhaps led to revisions like the Nigerian Correctional Services Act, 2019 and Police reform bill of 2019.

The criminal justice system is a triune entity comprising the police, courts and correctional service and each must reflect the goal of a more reformative and rehabilitative regime of punishment.

Mrs Quadri explains that reform of punishments for petty crimes like this would make “rehabilitation be the first method of correction, before resorting to imprisonment. This would help reduce the effects of potential misuse and abuse what would create a holistic criminal justice system.”

“One of the suggestions we are making is that offences that carry the punishment of three years of imprisonment and below can be commuted to alternative sentences. This we hope would mount useful pressure of the government to fast track the vision of the new Correctional Services Act 2019, by establishing facilities for alternative sentencing,” she said.

Cybercrimes and Cyber Laws in Nigeria: All You Need To know