Home Opinions Analyzing the Death Threat for ‘Ballot Box Snatchers’ from a Legal and... 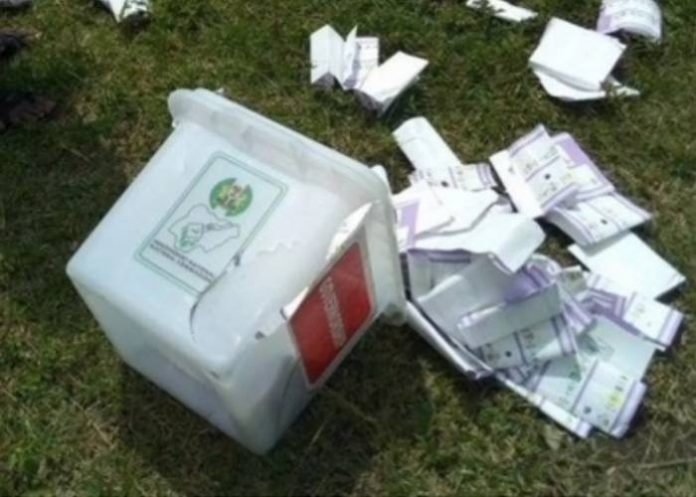 The President of the FRN had on Monday, 18/02/2019, warned those who might want to snatch ballot boxes during the forthcoming elections that they would do so ”at the expense of their lives.”

The president who said he rarely gave the military and the police the power to be ruthless, however hinted that “anybody who decides to snatch ballot boxes or lead thugs to disturb, it may be the last unlawful action you will take.” (See https://www.google.com/amp/s/www.thecable.ng/ballot-box-snatchers-will-pay-with-their-lives-says-buhari/amp).

Looking at this directive in the light of past experiences of rampant cases of violence and brigandage during elections in Nigeria, I honesty think the president’s directive against ballot box snatchers is targeted at deterring electoral offenses. Even though some people consider the president’s directive as too harsh for a constitutional democratic setting, I believe that Mr President meant well in having given the directive, because as he said, he wants Nigerians to be able and free to vote across the political parties for candidates of their choice. He therefore expects the security agents to carry out the directives in a neutral manner—- without favoring anyone. However, from the legal standpoint, i submit, most humbly, that if one tells you to ”deal ruthlessly with anyone seen snatching ballot boxes,” such could mean you should shoot and kill the person, especially in view of the president’s additional statement that “ballot box snatchers would pay with their lives.”

Accordingly, it is not unlikely that overzealous or compromised security agents would see it as a directive to shoot and kill such persons at sight. One problem I have is, do we not think these overzealous/compromised security agents would or could actually abuse this? Customs officers , Soldiers, Police officers etc have been reported on several occasions to have been killing innocent Nigerians who clearly didn’t snatch ballot boxes. Now that there’s a directive to them in that direction, only God would help the innocent! Again, the directive may be interpreted to mean that the public security agents are now free as authorized to be the COMPLAINANTS, PROSECUTORS, JUDGES, EXECUTIONERS altogether at the same time in the same case. And my greatest worry is, who exactly is a “ballot box snatcher?”

From the Nigerian perspective, this would all depend on the subjective opinion/judgement or predilection of only the security agent who is ruthlessly dealing with or shooting and killing on any particular occasion. Anyone the security agent shoots/kills and says is a ballot box snatcher automatically is regarded as a ballot box snatcher. Dead men don’t talk! Therefore, anyone killed on Saturday, during the elections, even if unjustly, is or would be tagged a “ballot box snatcher;” it is immaterial that the person/victim was killed because he actually caught the shooting security agent snatching boxes or perpetrating other electoral offenses or that the victim was trying to stop the security men from committing such or similar offenses. Chai!!!

Further, we all know that electoral offenders cut across political parties. It is not the exclusive preserve of any political party! Moreover, we have in Nigeria, as experience has shown beyond all doubts, those I describe as ”public or non-private, gun-wielding electoral offenders!” Some police officers. Soldiers. Etc. Who, I ask, would checkmate their own excesses during the elections? This is one other question that bothers me.

Judging from the antecedents of our trust-at-your-own-peril security agents, would they not abuse or overstretch the president’s directive or use the innocent directive as a cover to atrociously murder innocent citizens or perpetrators other unimaginably abominable victimization of innocent Nigerian voters, more especially now that the neutrality of security agents have become a subject of serious doubts in some quarters? Are there no security agents who are already partisan or compromised? Recent reports suggest that there’re good grounds for some worry. See for an example a recent report that shows that truly , some operatives are already taking sides. “Army, Police Crack Down On Officers That Endorsed Buhari” (see https://elombah.com/army-police-crack-down-on-officers-that-endorsed-buhari/).

Are the affected partisan officers not part of the security agents deployed for the elections , with instructions to shoot and kill or deal ruthlessly with “ballot box snatchers?” Therefore, it is obvious that when the Nigerian factor, such as this, takes the centre stage, only God can protect the innocent Nigeria voter. This is the third issue bothering me!!

The fourth is whether this presidential directive might even not scare away most voters, who would now prefer to stay at home and remain alive than to move out to vote on the Election Day only to be mistakenly, unjustly or even brazenly (whatever or howsoever) shot and killed and thereafter tagged “ballot box snatchers,” even when they’re not. Does this not bother us all —- that the directive might indirectly encourage voter-apathy? Most Nigerians fear for their lives and would rather not step out into an environment overtaken over by gun-wielding, fierce-looking (and often compromised) security agents who are ready to shoot and kill at sight, some, under the guise of dealing with “ballot box snatchers.” Who knows, the innocent voter standing nearby might just be the unlucky one. That person would then have died unjustly as a “ballot-box snatcher” while Nigeria continues, and caring not a hoot about his/her predicament/death.

In conclusion, we might end up discovering that with this shoot-at-sight directive, we may have, with the right hand encouraged people to go out and vote, while at the same time, with the left hand said things that are likely to scare away the same voters, even though this is not our intention?
God help us!!
Respectful,
Sylvester Udemezue.
(20/02/2029)

Lagos Land Use Charge Law 2018: Just Before LASG Covers its...