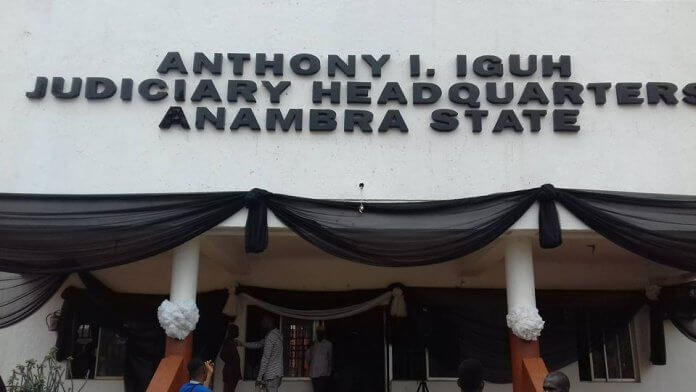 The Chief Judge who announced this during the inauguration of Chief Willie M. Obiano Anambra State Multi Door Court House and the ceremony took place at the State judiciary Headquarters in Awka.

He explained that the State Judicial Service Commission agreed to re-name the institution after the renowned retired Justice, at its two hundred and thirty seventh meeting, after which he wrote to Governor Willie Obiano for approval.

Justice Anthony Ikechukwu Iguh, the first Chief Judge of the new Anambra State, retired as a Justice of the Supreme Court of Nigeria in 2004, at the age of 70.

Justice Umeadi who also said that exorbitant cost of seeking justice in Nigeria has made some indigent people to abandon claims that are genuine and feasible, noted that the centre is available to the public for alternative dispute resolution, fast track mediation, mini-trial, arbitration among others.

The State Chief Judge thanked the Nigerian Institute of Chartered Arbitrators, and revealed that they have done a good job that will help Ndi Anambra and other residents of the State get justice at ease and commended Governor Willie Obiano for his support which he described as immeasurable in achieving the feat.