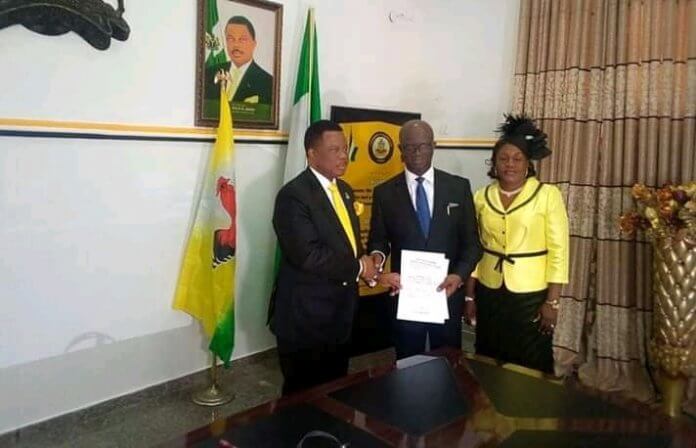 Speaking while performing the ceremony at the Executive Chambers of the Government House Awka, the Governor charged the new Chief Judge to be dutiful and impartial in the discharge of his duties.

Obiano asked him to pay particular attention to court processes, as well as ensure prompt dispensation of justice to reduce the menace of awaiting trial syndrome in the prisons.

Lamenting that awaiting trial inmates were more than convicted inmates in the prison cells in the state, the Governor further charged the new Chief Judge, Anyachebelu to initiate court reforms that would make Anambra courts world-class, amongst other numerous responsibilities placed on him.

Responding, Justice Anyachebelu pledged not to allow his personal conduct interfere with his official duties, just as he assured that he would uphold the tenets of his new assignment, as well as dispense justice with utmost sagacity.

In a remark, the State Commissioner for Justice and Attorney-General, Dr. Uju Nwogu expressed appreciation to Governor Obiano for doing the needful and fast-tracking the process of justice administration in the state.