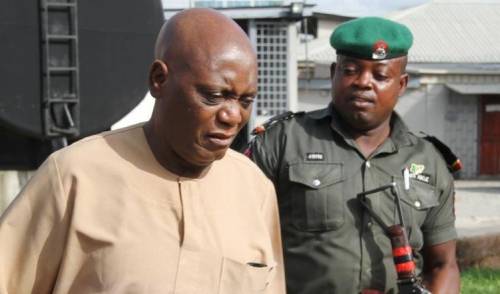 Justice Mohammed Idris gave the order on Friday after both men were found guilty of offences bordering on money laundering to the tune of N264,880,000 million.