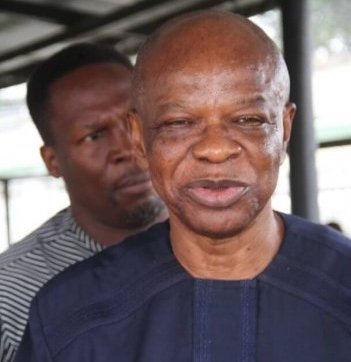 The bail request by a former chairman of the Independent National Electoral Commission (INEC) Prof Maurice Iwu over alleged fraud of N1.23bn has been set at N1bn with two sureties in like sum.

One of the sureties, according to Justice Chuka Obiozor, who ruled on the bail application on Friday, said, must own a landed property in Lagos while the other must be a professor or a civil servant not below Grade Level 16.

The judge said both sureties must furnish the court with the statement of their bank accounts, showing a minimum balance of N1bn.

The sureties are also to submit their recent passport photographs.

In addition, Iwu was ordered to deposit his passport with the Deputy Chief Registrar of the court.

The former INEC chairman will be remanded until he meets the bail condition, the judge ordered.

While moving Iwu’s bail application on Friday, his lawyer, Mr Ahmed Raji (SAN), urged the judge to admit his client to bail in liberal terms but the EFCC vehemently opposed the bail application.

The EFCC counsel, Oyedepo, told the judge that Iwu might likely interfere with the witnesses assembled to testify in the case as they were INEC officials with whom he had worked closely.