A Federal High Court Sitting in Lagos has ordered the interim forfeiture to the Federal Government of some jewellery recovered EFCC in the premises of a Former Minister of Petroleum, Diezani Allison.

The recoveries valued at about $40m were made by the Economic and Financial Crimes Commission (EFCC).

Justice Nicholas Oweibo gave the order for the forfeiture after granting a motion exparte application brought before him by the EFCC Prosecutor, Rotimi Oyedepo.

In the application, the EFCC noted that the expensive jewellery comprising wristwatches, necklaces, bracelets, bangles, earrings and more were reasonably suspected to have been acquired with proceeds of unlawful activities of the former Minister.

The Commission also says that Mrs Allison-Madueke’s known and provable lawful income is far less than the value of the jewellery sought to be forfeited.

In granting the application, Justice Oweibo agreed with the EFCC that the court has the statutory powers under the provision of Section 17 of the Advance Fee Fraud Act 2006 to order the forfeiture.

The judge also ordered the anti-graft commission to publish in any national newspaper the interim order of forfeiture to serve as notice to the former Minister or anyone interested in the assets to be forfeited to appear before the court to show cause within 14 days why the assets should not be permanently forfeited to the Federal Government.

The court then adjourned further proceedings till August 13. 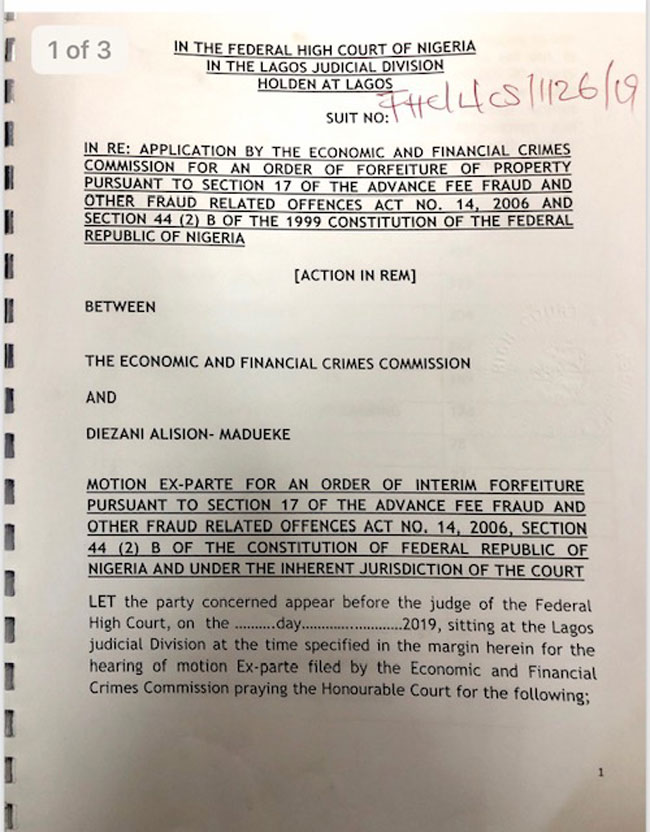 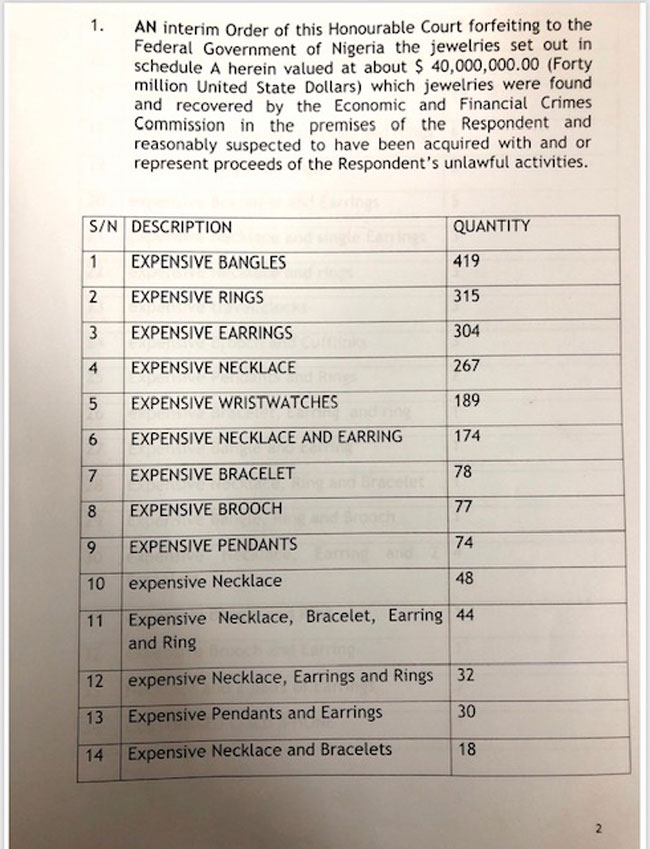 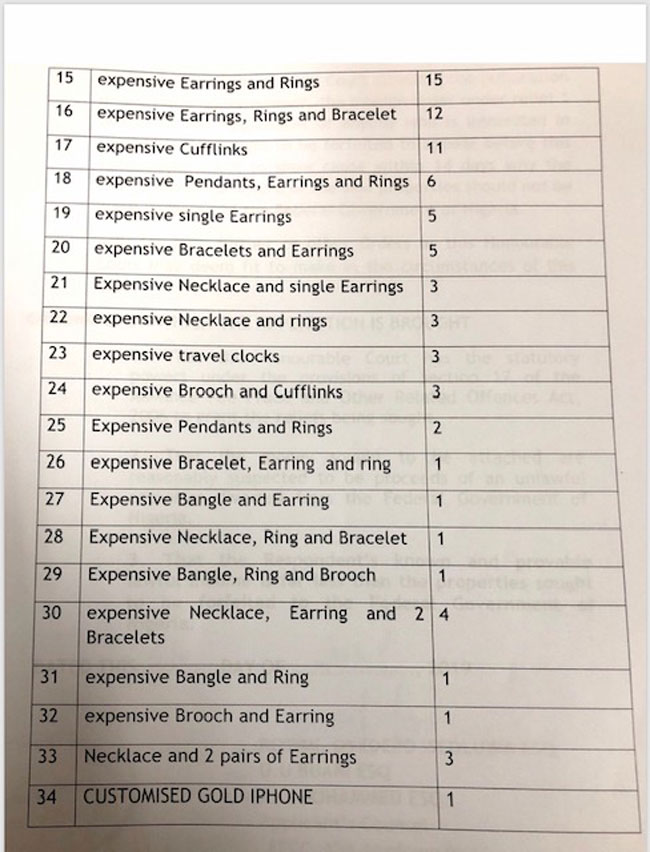