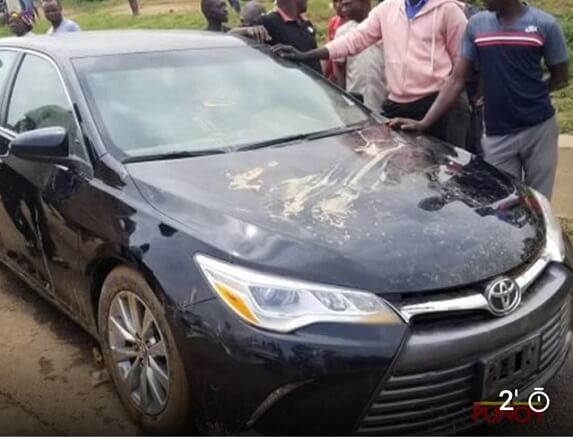 Okecheme was on his way to the Nnamdi Azikiwe International Airport in his official 2017 Toyota Camry when his car got stuck in the flood at Galadimawa roundabout, Abuja.

The finance director was swept away by the raging flood, but his driver, whose name could not be immediately ascertained, was rescued by some young boys in the area.

The driver was said to have been taken to Asokoro hospital, but his boss was yet to be located as of the time of filing this report.

Eyewitnesses said the National Emergency Management Agency officials who came to the scene failed to rescue Okecheme and his driver who were reportedly trapped in the flood for about an hour before the water swept away the director.

His car, which was filled with mud water, was, however, pulled out of the ravines by the rescuers, who were angry over NEMA’s failure to rescue the man.

Two young girls who claimed to be Okecheme’s children were seen weeping uncontrollably at the scene of the incident.

An FCT judiciary worker, who did not give his name, identified the car as belonging to Okecheme, noting that the man sent him N40,000 this (Friday) morning.

“I phoned him yesterday that I was broke and he promised to send me money before he travels today.

“I got N40,000 from him this morning,” he explained, as he showed our Correspondent the text message from the director.

The FCT Police spokesman, DSP Anjuguri Manzah, promised to find out the incident, saying he had not been briefed.