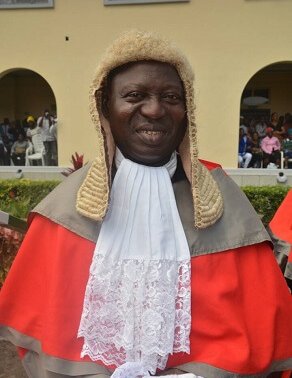 This was made known in a statement signed by Gboyega Akosile, his Deputy Chief Press Secretary.
According to the statement, the appointment of Alogba would take effect from Tuesday in an acting capacity, until his confirmation.

Alogba who was the most senior of the 58 Honourable Justices in the State Judiciary next to the out-going Chief Judge (Hon Justice Opeyemi Oke)  will be sworn-in on Thursday.

The statement reads “In accordance with Section 271 (1) and (4) of the 1999 Constitution of the Federal Republic of Nigeria (As amended), His Excellency Mr. Babajide Olusola Sanwo-Olu, Governor of Lagos State has appointed Honourable Justice Kazeem O. Alogba as the 17th Chief Judge of Lagos State with effect from Tuesday 11th June 2019, in acting capacity, pending the recommendation of the National Judicial Council (NJC) and subsequent confirmation of the State House of Assembly.

“The appointment of the new Acting Chief Judge is consequent upon the need to prevent a vacuum in the State Judiciary, given the imminent retirement of the present Chief Judge of Lagos State, Honourable Justice Opeyemi Oke, who is set to disengage statutorily from the State Judiciary from today Monday 10 June 2019. Accordingly, the newly appointed Acting Chief Judge will be sworn-in on Thursday 13th June 2019 in the Governor’s Office, Lagos House, Alausa Ikeja at 10.00 a.m.

“Prior to his appointment Justice Kazeem Alogba was the most senior of the 58 Honourable Justices in the State Judiciary next to the out-going Chief Judge, and had chaired the Committee on the review of the High Court Civil Procedure Rules, which culminated in the new High Court of Lagos (Civil Procedure) Rules of 2019 that came into force on 31 January 2019.”