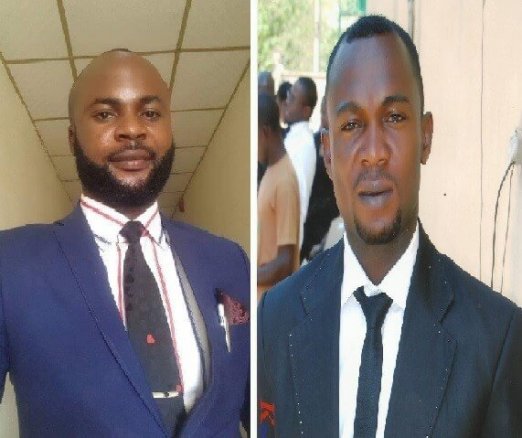 Two lawyers Maduabuchi Idam and Benson Aigbojie who are presently being held at the Kabusa Divisional Police Station Abuja on the order of the DPO of the station are calling on the Nigerian Bar Association (NBA) to come to their rescue.

DNL Legal and Style obtained the contact of one of the lawyers Maduabuchi Idam who told us that he is still at the police station while his colleague has been thrown inside the police cell. Maduabuchi sounded agitated and very scared but insists to remain at the station until help comes for his friend.

Narrating their ordeal during the telephone conversation, the obviously distraught Maduabuchi stated that his friend Benson Aigbojie who is presently inside the police cell had asked him to join him to the Station to secure the bail of his client who has been in detention since yesterday.

“My Name is Maduabuchi O. Idam, of Unity Bar, at about  10:30am,  I went with my colleague to see a client in detention. On reaching there this morning, the moment we introduced our selves as Lawyers and merely demanded to see our client , the DPO asked us to leave the police station, my friend asked why and the DPO pushed him to the ground and he sustained degrees of injuries. While trying to stand up, the DPO rushed him, bit him up and tore his cloth into pieces and all other police officers in the station came out and joined, pushed him inside the cell and lock him up”

“In the midst of all these, I was just asking what is happening, what have we done, how did this country get to this, are we still lawyers?”

“Immediately they succeeded in pushing him inside the cell they turned to me and slapped me, struggled to also arrest me but an officer ordered them to push me outside, I was finally pushed outside the police station.”

“Please let all Lawyers in Nigeria Stand up for Benson Aigbojie who is still in detention and request that justice be done in our case, it can be you tomorrow.”

He also explained that he has informed the Chairman of their branch who promised to send lawyers to the station.

PS: Calling on the NBA branch and National to please intervene immediately.

NBA Announces the Death of One of its Finest