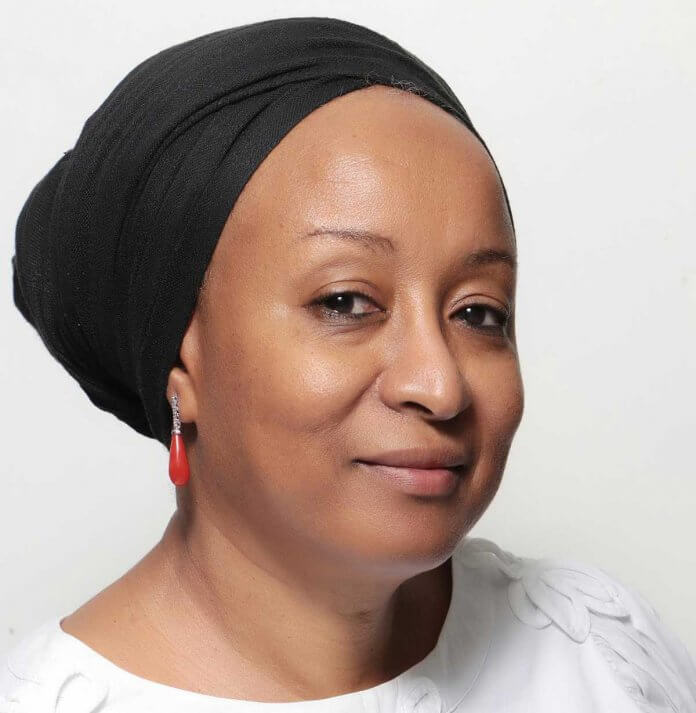 The Special Adviser to President Muhammadu Buhari on Social Investments, Maryam Uwais, has filed a N2 billion suit against Leadership newspaper for an alleged defamatory report on the National Social Investments Programmes (NSIP).

The court document filed on September 13, and seen by PREMIUM TIMES on Friday, said the report, titled ”Aisha Buhari Right on NSIP” caused Mrs Uwais an ”irreparable damage to reputation”.

Mrs Uwais demanded N2 billion as “punitive aggravated and exemplary damages” and N2 million as cost of this suit.

She requested “An order of the court compelling the defendant to pay the sum of N2 billion to the claimant as punitive aggravated and exemplary damages for the public ridicule and loss to reputation.”

The Leadership newspaper in the report, published on July 23 said the first lady, Aisha Buhari’s claims that the NSIP failed to justify its annual N500 billion budget for its four programmes ”may not be far from the truth”.

The newspaper also reported that Mrs Uwais ”had turned the NSIP into a cesspool of impunity, injustice and corrupt practices”.

N-SIP was set up by the Buhari administration to improve the living conditions of millions of poor Nigerians across the country.

Mrs Buhari, on May 27, criticised the scheme coordinated by Mrs Uwais, and said the initiative failed to reach its intended beneficiaries in two states, Adamawa and Kano.

Mrs Buhari who spoke at a forum at the Presidential Villa said she was told that 30,000 women from Adamawa would benefit from the programme but nothing of such happened.

“The SSA to the president on social investment is a lady from Kano and I’m sure that my husband decided to put somebody from Kano because of the population and political impact it made. I have never asked how the money is used or being given out,” she said.

In reaction to Mrs Buhari’s observations, the National Social Investment Office (NSIO), coordinator of the NSIP, in a statement sent to PREMIUM TIMES in May, however, itemised its achievements in Adamawa and Kano.

President Buhari during the Independence Day speech said the NSIPs will now be moved to the newly created ministry of social development.