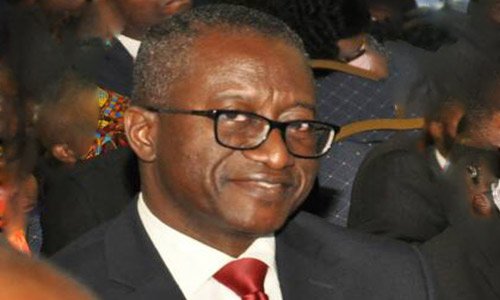 The President of the Nigerian Bar Association (NBA), Paul Usoro,SAN  and Chairman of NBA Asaba branch have called on Government at all levels to rejig their security apparatuses. The two leaders made the separate calls  while condemning the abduction of a Senior Advocate of Nigeria, Mr. Chike Onyemenam, a member of NBA Asaba Branch.

In his statement Mr. Usoro SAN noted that the NBA  has reached out to the family and colleagues of the learned Senior Advocate and has assured them of the full support of the leadership of the Bar in this trying period.

The NBA President urges the Delta State Government and the Inspector General of Police to ensure the safe and early release and return of the Senior Advocate of Nigeria.

Earlier the Chairman of NBA Asaba Branch had called for the release of the Learned Silk whose abduction was announced by his chambers; George Ann Chamber. In a Statement by the Chairman of the Branch F.T. Eruli-Ede, he also calls on the government to restructure the nation’s security architecture.

“We call on the President of the Federal Republic of Nigeria to rejig and restructure the Nation’s security architecture and infrastructure to ensure its effectiveness in addressing the activities of criminals in our Society. This ugly trend of incessant abduction of persons, especially Legal Practitioners must stop and these heartless criminals brought to justice. And if they cannot be brought to justice, justice should be brought to them.”

“We cannot continue this way or allow this ugly state of affairs to continue unabated.We therefore also call on the Governor of Delta State, Inspector General  of Police and Commissioner of Police Delta State to immediately rise up to the occasion and do all within their means to ensure the safety of lives and properties in Asaba in particular and Delta State in general.”

“We pray God for the safe and early release of our revered Bar leader from the hands of his abductors. God save us all.”

Mr. Onyemenam was kidnapped on Saturday by unknown gunmen. It is reported that family are said to be in communication with him and his abductors.

Police To Arraign Okorocha For ‘Breaking Into Sealed Property’