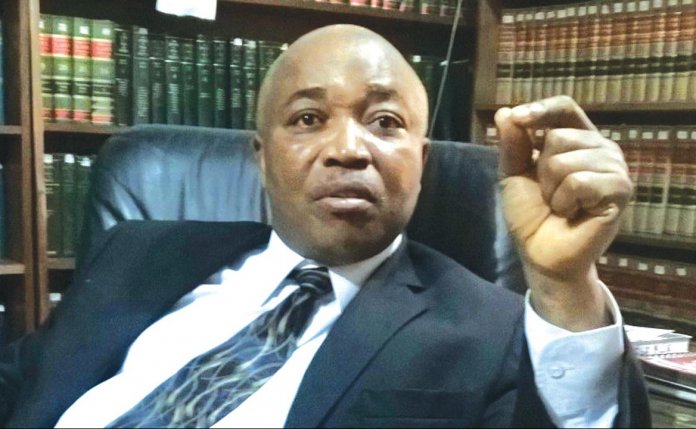 A Senior Advocate of Nigeria, Mr. Paul Ananaba has said that Nigeria can only find peace within the ambit of the law.

Dr. Ananaba who is also the Chairman NBA section on public interest and development law, made this assertion while featuring as a guest on Channels Television’s Sunrise Daily.

“Without the constitution, there will be no peace,” Ananaba opined.

Reacting to a recent comment by Senator Olusola Adeye claiming that the constitution is a major problem hindering Nigeria from progress, Ananaba said he agrees with the lawmaker.

Ananaba argued that there are constitutional requirements that need to be overhauled, adding that there is a need to look at the constitution and “do a lot more work on it”.

The legal practitioner, however, stressed that the constitution is fine but it is not the best that the nation needs in its experience.

Dr. Ananaba said what the nation needs, is to grow the constitution from the people.

He said the constitution should be given “enough time, thorough consideration” and “it will come up to life”.

Speaking on how to approach constitutional conferences, the Senior Advocate said if there be any move in this direction, then “each state, each geopolitical zone should sit and articulate what they think should be part of our constitution”.

He noted that what he is projecting is not an ‘amendment’, clarifying that in speaking of amendments the National Assembly is in place.

Ananaba argued that if the nation is to continue on the trajectory of the Federal system, then the constitution should be less bulky than it is now and every state should have a constitution of its own.

Nigerian Hospitals and the Law as Hope for Gunshot Victims

Debate Over New Police Act and Implications for Criminal Prosecution