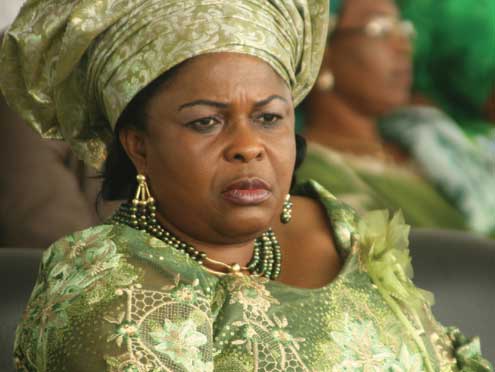 A Federal High Court in Lagos on Wednesday adjourned until May 24 a suit filed by the Economic and Financial Crimes Commission (EFCC), seeking final forfeiture of about $8.4 million and N7.4billion found in accounts linked to a former First Lady, Patience Jonathan.

The News Agency of Nigeria (NAN) reports that the EFCC had secured an interim order for forfeiture of the sums on April 20, 2018, before Mrs Olatoregun, following a motion exparte.

On October 29, 2018, EFCC counsel, Rotimi Oyedepo, had moved his motion for final forfeiture of the sums, urging that same be finally forfeited to the Federal Government.

The court had then adjourned for judgment.

In a judgment delivered on February 28, the court had held that it finds the affidavit evidence conflicting, adding that same can only be resolved by oral evidence of parties.

The court had then ordered parties to call their witnesses.

At the last adjourned date, an EFCC witness, Orji Chukwuma, had concluded evidence before the court, while the court had adjourned for continuation of evidence.

When the case was called on Wednesday, Mr Oyedepo informed the court that he filed a counter affidavit which he had served on the defence, adding that he was ready to proceed.

Meanwhile, defence counsel, Mr Ozekhome (SAN), confirmed service of the counter affidavit but added that there were new facts deposed in same, which he required time to look and respond to.

He, therefore, sought an adjournment which was not opposed by other counsel.

The court consequently adjourned until May 24 for the continuation of trial.

Evidence will now continue on the next adjourned date. (NAN)

Annual Court Vacation would be Abridged in Lagos – Chief Judge