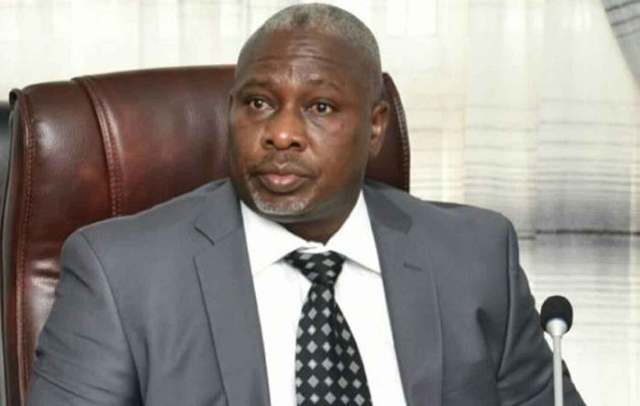 The National Industrial Court in Abuja on Thursday adjourned hearing in the application brought by Simon Achuba over his controversial impeachment as the deputy governor of Kogi State.

He had asked the court to nullify his impeachment and order the state government to pay up his withheld entitlements.

The hearing was slated for Thursday but was adjourned to January 13 and 14 because the applicants requested for time to respond to the arguments by the respondents.

Mr Achuba’s lawyer, Emmanuel Ogala, told PREMIUM TIMES at the court premises on Thursday that the argument was served on the applicant earlier in the day.

In the court documents seen by PREMIUM TIMES on Thursday, Mr Achuba is asking the court to order the state government to pay him a monthly interest of 10 per cent on the total sum of his entitlements until all is fully paid.

Mr Achuba’s request brought on his behalf by Funmi Falana, wife of foremost Nigerian lawyer and rights activist, Femi Falana, includes payment of N921.5 million as his travel allowances, monthly imprest, security votes and statutory allocations due to him.

Mr Achuba is also asking the court to order that the payment continues, even after his reported impeachment, till “the end of his tenure of office on January 27, 2020.”

Listed as defendants in the application are Governor Yahaya Bello and the state Attorney-General and Commissioner for Justice.

In the documents, Mr Achuba listed the allowances he said are due to his office and asked the court to declare that the state governor was wrong to have withheld the allowances.

The state House of Assembly impeached Mr Achuba on October 18, hours after receiving the report of the impeachment panel from the Chief Judge of the state, Nadir Ajana.

Signing of a Charge by a Person other than the Drafter...